President Michael D Higgins has said his thoughts are with the family of Captain Dara Fitzpatrick who died following the crash of an Irish Coast Guard helicopter in the early hours of this morning.

The President said today marks a dark day in the history of the Coast Guard.

The incident occurred when the Dublin-based helicopter went to provide cover for another Coast Guard helicopter involved in the transfer of an injured crewman from a UK-registered fishing vessel 150 nautical miles west of Eagle Island in Co Mayo.

Mr Higgins said the country is "grateful for the courage, resolution and exemplary commitment to the aims of the Coast Guard that Captain Fitzpatrick and her colleagues have consistently displayed". 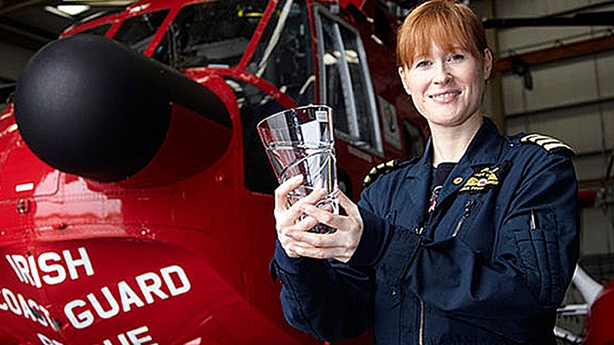 He also paid tribute to their colleagues in the Coast Guard "who have been working at a time, which must be for them, a time of great grief and uncertainty".

Taoiseach Enda Kenny has expressed his "deepest sympathies" on behalf of the Government to the family of Cpt Fitzpatrick.

Taoiseach Enda Kenny has expressed his deepest sympathies on behalf of the Government to the family of Captain Dara Fitzpatrick pic.twitter.com/WJTnxlH0CL

Speaking in the US, Mr Kenny said he had spoken to Minister for Transport Shane Ross early this morning and to the Chief of Staff of the Defence Forces.

He said he knew the area where the incident occurred well, adding that the "analysis and investigation" into the incident would "uncover what exactly happened in terms of the lack of communications and the loss of contact".

Minister Ross said today is "one of the darkest days" for the emergency services in Ireland.

Speaking to media outside Government Buildings, he said the Government is determined that no resources will be spared in the search for the remaining missing crew members.

He described the news of the disappearance of the Coast Guard helicopter as "shocking".

He paid tribute to Captain Fitzpatrick, who he said was "a woman of extraordinary courage and professionalism, who made the ultimate sacrifice in the service of others. A young mother whose loss will be hugely felt."

Minister for Transport Shane Ross: 'Today is one of the darkest days suffered by our brave, committed emergency services.' pic.twitter.com/E83o4EAzGm

Minister for Health Simon Harris also paid tribute to the crew of Rescue 116, saying they represented "all that is good about our country.

"They epitomise courage, bravery, selflessness and dedication to the care and welfare of others."

Minister Simon Harris: 'Our hearts go out to the families of the crew, to their colleagues ... to all of the emergency service family' pic.twitter.com/MvCcJlVdkw

Fianna Fáil leader Micheál Martin has also expressed his sympathy to the families of Cpt Fitzpatrick and her missing colleagues.

"This is an ultimate, yet tragic, example of public service, and my thoughts, and the thoughts of the entire Fianna Fáil organisation, are with the families of those who lost their lives or who are still missing.

"Captain Dara Fitzpatrick died in the service of the State; doing the job she loved. I want to express my deepest condolences to her family on their loss."

The RNLI flag is being flown at half mast over its headquarters in Dublin.

In a statement, the RNLI said: "The thoughts of everyone in the RNLI are with our colleagues in the Irish Coast Guard and in particular with the colleagues, family and friends of the crew of Rescue 116".

We are devastated with the tragic news of #Rescue116 and are beyond words. Thank you for the outpouring of support. Go Mairidis Beo #LODD