Cyber security in the context of the upcoming French presidential election will be on the agenda at the government's next weekly security council meeting, a statement from President Francois Hollande's office said.

"The president wants to see presented to him at the next council meeting some specific monitoring and protection measures, including in the cyber domain, to be taken during the election campaign," the statement added.

The statement was issued after this week's meeting of the council, which oversees general security and anti-terror efforts.

France goes to the polls to elect a new president on 23 April.

This week, frontrunner Emmanuel Macron's team complained it was the victim of Russian media and internet attacks aimed at helping the election campaigns of his pro-Russia rivals.

The Kremlin denied those charges. 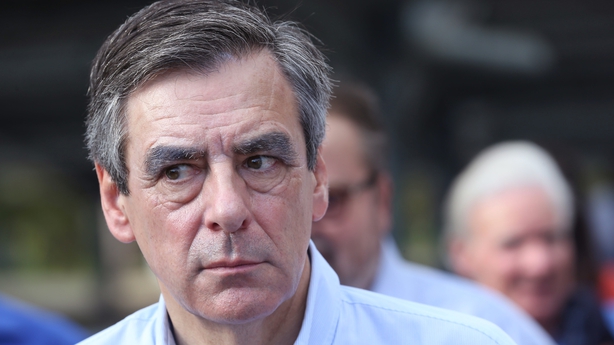 Meanwhile, scandal-hit candidate Francois Fillon came under renewed attack from within his conservative camp this morning ahead of planned talks with former president Nicolas Sarkozy that Mr Fillon hopes will restore party unity.

Mr Fenech has been one of the strongest anti-Fillon voices since an official inquiry into fake work allegations knocked the ex-prime minister's campaign off track three weeks ago.

"I'd love to be wrong but I can't believe any more because I can see on the ground the reaction of the voters. They don't want to vote for us any more," Mr Fenech told Radio Classique.

He was speaking a day after leading a failed bid to force a meeting of the party's executive that could have challenged Mr Fillon's decision to continue his presidential bid.

Mr Fenech referred to a meeting this week between Mr Fillon and his camp as one of "mutual congratulation" in which "nobody wants to tell him the truth - or very few people".

"With that as a starting point we are going to the wall," he said.

"There are other people in our party who are respectable, young and have the capacity to run the country."

Mr Fillon had been favourite to win the presidency until allegations in a newspaper three weeks ago that his wife Penelope had been paid hundreds of thousands of euro in taxpayers' money for work she may not have done.

An official inquiry has been launched and the scandal has damaged Mr Fillon's campaign.

With ten weeks to go until the presidential election, Mr Fillon's place as favourite has been taken by Mr Macron, a centrist, while far-right National Front leader Marine Le Pen has also gained ground.

Mr Fillon is due to have a lunch meeting later today with Mr Sarkozy, whom he beat to the party ticket in a primary in November.

Mr Fillon served as prime minister during the Sarkozy presidency of 2007-2012.

An opinion poll published this morning by Ifop-Fiducial for Paris Match found Mr Fillon's popularity has dropped sharply, with only 26% of people having a good opinion of him compared with 45% a month ago.

The same poll had Mr Macron down by one percentage point at 52% and Ms le Pen down two points at 31%.