The Independent Alliance has said that it has secured an independent review of garda operations, following a meeting with Taoiseach Enda Kenny.

The alliance sought the review as part of the Government’s response to the whistleblower controversy.

Speaking after the meeting, the alliance said an international policing expert will be appointed to examine the culture, administration and ethos within An Garda Síochána.

They said they had secured a commitment from the Minister for Justice for the appointment to be made immediately.

Minister for Transport Shane Ross said the alliance has been dismayed at the contradictory statements made and some aspects of Cabinet communication are not working effectively.

He said their continued participation in Government will be conditional on a comprehensive resolution to what are extremely worrying allegations made against garda whistleblower Sergeant Maurice McCabe and they are particularly concerned about the revelations concerning Tusla.

Mr Ross also said that the alliance had considered withdrawing from Government.

He said that while they are "upset and distressed" about the events of the last few days, ahead of tonight's confidence vote he does not think it would be appropriate to suggest members have no confidence in the Taoiseach.

As it happened: Govt survives Dáil motion of confidence

The controversy again dominated Leaders' Questions, with the Taoiseach coming under scrutiny about statements he has made on the issue.

Minister for Children Katherine Zappone has said Mr Kenny told her last week that the terms of reference for the upcoming investigation into an alleged smear campaign against Sgt McCabe would also cover the unfounded allegations of sexual abuse against him. 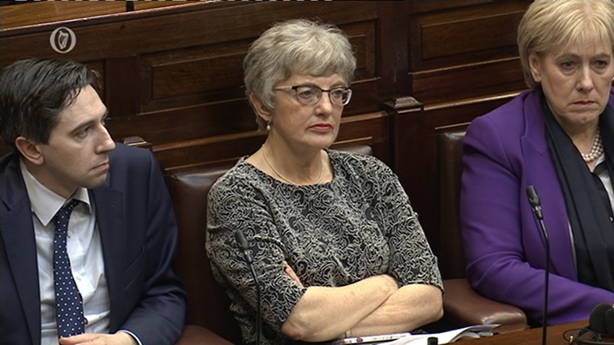 Today, Fianna Fáil leader Micheál Martin asked the Mr Kenny how he knew the terms of reference would cover this when he did not know the details of these allegations at the time.

The Taoiseach responded by saying that Minister Zappone did not go into details, but he added that the terms of reference drafted by Justice Iarfhlaith O'Neill had directly referred to allegations of misconduct against Sgt McCabe and which Mr Justice Peter Charleton later confirmed.

Mr Kenny also said he did not know if senior officials in the Department of Justice knew about the existence of the Tusla file before a Cabinet memo was circulated.

Mr Kenny said it was also a matter for the judge who will conduct the inquiry whether it should be opened up to other whistleblowers.

They were said to be satisfied with the outcome of the meeting, with their priority being to establish a tribunal to look at the alleged smear campaign against Sgt McCabe.

It is understood that members of the Independent Alliance, which includes Minister for Transport Shane Ross and junior ministers Finian McGrath and John Halligan, are concerned about a statement made by the Taoiseach in the Dáil yesterday.

Mr Kenny informed the Dáil that he had given inaccurate information about a meeting he said he had with Minister Zappone before she met Sgt McCabe.

It was passed by five votes, on a margin of 57 in favour and 52 against, with 44 abstentions. 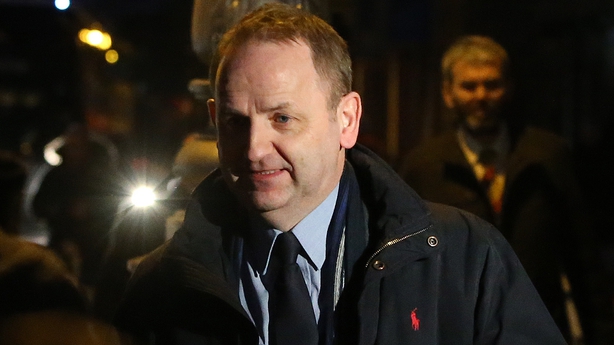 Fianna Fáil's health spokesperson has said the Government's response to the whistleblower controversy has been "incoherent and shambolic".

However, Billy Kelleher said Fianna Fáil will not bring down the Government and said he did "not believe that there was any malicious intent by the Taoiseach to mislead either the Dáil or the public".

Speaking on RTÉ's Morning Ireland, he said that going forward "Fine Gael will have to pull up its socks to ensure that they provide coherent Government".

Fianna Fáil is committed to the supply and confidence agreement, he said, adding that if the party was to bring the Government down on every occasion, there would be no Government.

Stability is important, he said, and Fianna Fáil would provide that.

The Cabinet will meet tomorrow to discuss the terms of reference for the tribunal.

However, while the Government and Fianna Fáil want the tribunal to prioritise the allegations made against Sgt McCabe, others believe it should incorporate other whistleblowers.

Tánaiste Frances Fitzgerald is this afternoon meeting different parties separately to discuss the terms of reference.

Last night, the Taoiseach and three Government ministers spent three hours giving statements and taking questions on the matter in the Dáil, with Mr Kenny coming under scrutiny about his comment on the matter. 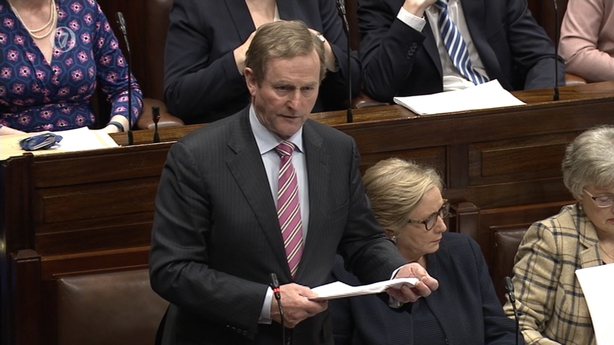 The Taoiseach and Ms Zappone have now agreed that she had told him last week about Tusla, the Child and Family Agency, and the unfounded allegations of sexual abuse against Sgt McCabe, but not about the details of the case.

The Fine Gael parliamentary party also met this evening, with many deputies concerned about the Government's, and also the Taoiseach's, handling of the controversy.