Two men have appeared in court charged in connection with a forestry investment fraud.

David Peile from Rectory Way in Bray is accused of deceiving a person to invest over £50,000 in forestry in Ireland.

The father-of-two was granted bail at Dún Laoghaire District Court this morning despite garda objections and is due to appear again in six weeks' time.

Mr Peile was arrested by the Garda National Economic Crime Bureau at his home in Bray yesterday morning.

Detective Garda Siobhan Moore told the court that the complainant alleged that he invested in forestry believing he would own the land and get Government grants.

Det Moore objected to bail because of the seriousness of the charge, the nature of the evidence and her belief that Mr Peile, as a UK national, was a flight risk.

The detective testified that Mr Peile spent a lot of time in the UK, Spain and Europe and had not been employed since last December.

She also said she did not believe that he knew he was to be charged with a criminal offence.

However defence solicitor Michael Staines said Mr Peile was aware of this investigation for some time, he had a partner and two children here, he was prepared to stay in the country and not take any business trips abroad.

Judge Ann Watkins released Mr Peile on €5,000 bail along with another €5,000 bond requiring him to sign on twice daily and surrender his passport.

He was also directed not to leave the country and be contactable by gardaí on his mobile phone at all times.

A second man appeared in court this evening in connection with the forestry investment fraud. 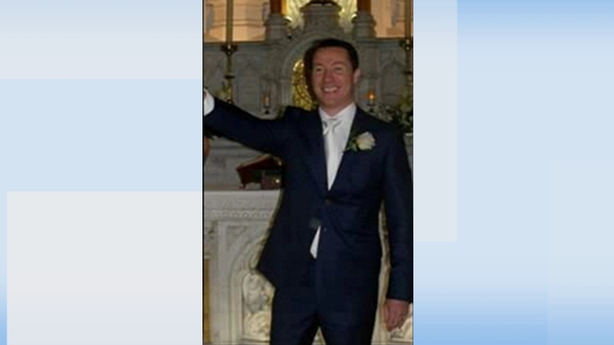 Garrett Hevey, 41, with an address at Brookdene, Shankill, is accused of  deceiving an investor - Kari Wahlstrom - of £52,000 sterling and possession of over €1.9 million in an AIB account alleged to be the proceeds of crime.

Inspector Cathrina Gunne of the Garda National Economic Crime Bureau told Dublin District Court that Mr Hevey was a signatory to and the beneficial owner of that account and a director of Arden Forestry Management.

She said investors transferred large sums of money to this account believing they were investing in a legitimate forestry business and were furnished with false documents for falsified folios, timber certificates and management contracts.

The father-of-one was remanded in custody with consent to bail to appear again in court next Thursday.