Fianna Fáil is to table a motion next week in an effort to pressure the Government to intervene in the ongoing dispute at Bus Éireann over the company's cost-cutting plans.

The motion, to be voted on in the Dáil next Thursday, will call on the Government to commit to an adequately-funded transport sector.

It will also ask the Government to block changes to the Expressway service, as well as ensuring restructuring plans are agreed with workers and not imposed unilaterally.

The party is also proposing that Bus Éireann gets more funding to cover the cost of free travel passengers.

This week, the Taoiseach insisted that what was happening at the company was a commercial issue that could be examined by the Labour Court but not by Government. 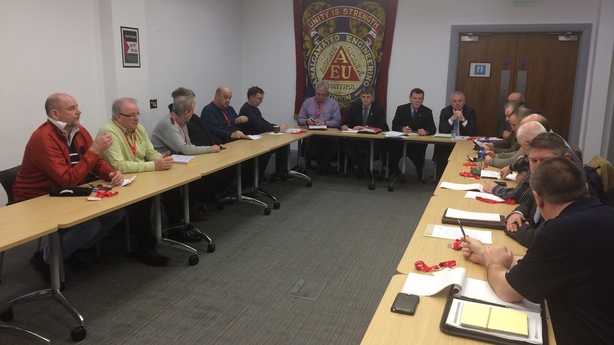 Speaking afterwards, National Bus and Rail Union General Secretary Dermot O'Leary said that if management unilaterally imposed cuts, that would trigger industrial action and they would reconvene again to consider what form it might take.

He said they were mindful of all the passengers and schoolchildren who use services.

He called again on Minister for Transport Shane Ross to facilitate a forum for stakeholders to resolve the crisis.

After the talks, Unite Regional Secretary Willie Quigley said management at the company need to withdraw threats and preconditions in order for talks to take place.

Speaking on RTÉ's Drivetime, Mr Quigley said he understands the situation the company is faced with and that changes need to be discussed, but called for proper-founded negotiations.

He added that stakeholders need to reach an outcome which satisfies workers, management and commuters.

Both SIPTU and the NBRU already have a mandate for industrial action.

SIPTU's Willie Noone said all-out strike would be the nuclear option, but he said the company had thrown a nuclear bomb into their conditions of employment and they had to fight fire with fire.

He said they had to be prepared if the company announces an implementation date for its plans.

Management has insisted radical cost-cutting needs to be urgently implemented to save the company.

It has warned that the company could become insolvent if the financial difficulties are not addressed.