Global warming may be worse than previously thought, a new study by international scientists, including some at Maynooth University, has found.

The research findings mean global temperatures may be closer than estimated to the limit set by world leaders in the Paris climate change accord in 2015.

The study, published in the Bulletin of the American Meteorological Society, aimed to improve the definition of what is loosely known as the pre-industrial period.

This era is the benchmark against which modern day worldwide temperature increases have been compared.

The United Nations Paris agreement aims to limit global temperature increases to well below 2C degrees over pre-industrial levels, and ideally no greater than 1.5C degrees.

But according to Professor Peter Thorne of Maynooth University, the pre-industrial period is poorly defined. 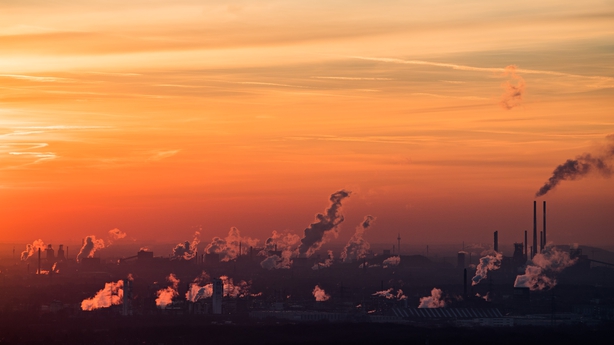 The research, which he and colleagues in other institutions carried out, found that records for the latter half of the 19th Century, currently considered the start of industrialisation, may underestimate the impacts of humans on climate.

This is because, by this stage temperature increases are likely to have begun already, caused by the use of fossil fuels in early industrial processes dating back to the late 18th Century.

Instead, based on long-term temperature records and changes in greenhouse gases, the authors conclude that the 1720-1800 period is a better pre-industrial reference point.

Using this date range as the starting point, the researchers found that global temperatures rose by 0.6C degrees up to 2005, that they breached the 1 degree mark ten years later and hit 1.1C degrees last year.

The findings mean limits on future emissions may have to be increased a little to stop agreed temperature targets being broken.

"This work suggests that although overall a reasonable basis, using late 19th Century records instead of true pre-industrial may somewhat underestimate the impacts humans have had on the climate system to date," said Prof Thorne.