Taoiseach Enda Kenny has said the common travel area between Britain and Ireland is "something we want and will preserve."

Earlier, the Government welcomed the "greater clarity" provided by Theresa May in her address on Britain’s planned approach to the Brexit negotiation process.

Speaking on RTÉ's Nine News, the Taoiseach said that he wants to see the preservation of the "seamless border".

Mr Kenny said: "We have agreed that there will be no return to the hard border, or borders of the past.

"Nor do you want customs posts every 100 yards, or military installation."

He said a new form of trading arrangement will decide how that trading relationship happens.

The Taoiseach said the British Prime Minister's speech on her Brexit plans has brought clarity "in some measure" to what it is that Britain is looking for, in respect of its new relationship with the European Union.

Mr Kenny said: "we are nearing the point where the formal negotiations can actually begin" but he said it was too early to define what the outcome of the negotiations would be regarding the customs union.

He added, however, that an answer had to be found, and will be found.

The Taoiseach said when he visited Downing Street that Ms May had agreed that we would preserve the common travel area, something that she confirmed in her speech this afternoon.

"If you introduce a trading arrangement in a new form, then we are going to have to find an answer to that, but we don't want, and we have agreed, that there should be no return to a hard border," Mr Kenny said.

The Taoiseach said he hopes to get further clarity from Ms May on all these issues when she visits Dublin at the end of the month.

In a statement earlier today, the Government said: "Prime Minister May has made clear that she wishes to secure the closest possible future economic relationship for Britain with the EU, a goal that Ireland shares.

"For Ireland, the priorities for the negotiation process that lies ahead are unchanged: our economic and trading arrangements, the Northern Ireland Peace Process including border issues, the common travel area, and the future of the European Union.

"In her speech, Prime Minister May highlighted the specific and historic relationship between Britain and Ireland. In this context, she made clear that her priorities include maintaining the common travel area and avoiding a return to a hard border with Northern Ireland, both of which are welcome."

The Government added that its preparation for Brexit is "extensive". It said organisational changes have been implemented within different departments and agencies, with additional resources provided for key areas.

The statement said: "Preparation to date includes the contingency work done before the UK referendum, intensified analysis and scenario planning carried out across all key sectors since, and extensive stakeholder consultation and engagement including through the all-island Civic Dialogue process.

"The Civic Dialogue began with a plenary session on 2 November. The next plenary session will take place on 17 February. Between these two plenary meetings, 12 sectoral events examining specific policy areas in greater detail will also have taken place."

Later in the Dáil, Taoiseach Enda Kenny said he has received a letter from the Ceann Comhairle asking if Ms May would address the Dáil during her visit to Dublin at the end of this month.

The Prime Minister's Office said this evening that is is aware of the request.

Fianna Fáil finance spokesperson Michael McGrath said it is clear "there will be a difficult road of negotiations ahead, which will involve a new trade deal being negotiated between the UK and countries that remain in the EU".

Speaking on RTÉ's News at One, Mr McGrath said Ms May's speech "crystallised what we already knew in that the UK government is giving greater priority to the control over immigration than to the issue of free trade with the remaining 27 member states of the European Union".

This, he said, "raises very fundamental challenges obviously for Ireland, given our economic dependence on trade with the UK".

Sinn Féin MEP Martina Anderson has said Ms May's Brexit agenda is a huge threat to the people of Ireland.

Ms Anderson said: "Theresa May has now confirmed what we have been saying for months - Britain is heading for a very hard Brexit. This will be a disaster for the north of Ireland.

Ms Anderson was speaking ahead of a meeting of Irish MEPs with the European Commission's chief Brexit negotiator, Michel Barnier, in Strasbourg.

Mr Barnier did not comment following the exchange other than to say it was a "good meeting".

Fine Gael MEP Sean Kelly said he was very encouraged by the exchange and Mr Barnier told them that Ireland's concerns would be a priority for him.

Mr Kelly said he believed Mr Barnier was sincere in this.

Sinn Féin MEP Matt Carthy said they had made a clear request that there would be special designated status for the border.

Independent MEP Nessa Childers said while Mr Barnier said he was intent on putting forward the interests of Northern Ireland, we have to remember there are another 27 states. 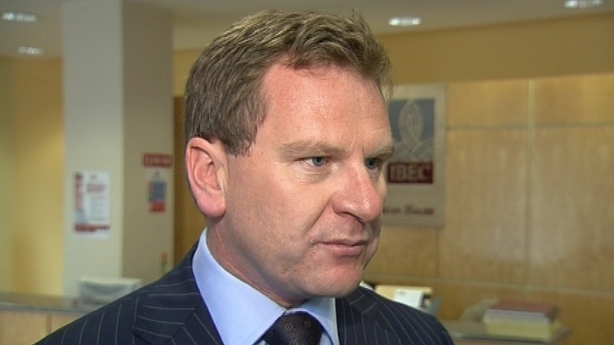 Ibec, the group that represents Irish business, said it was deeply concerned at what it called "the increasingly definitive and hardline position of the UK government to Brexit".

It described any move by the UK to unilaterally forge new global trade deals as being at odds with membership of the EU customs union, saying it was a "combative" starting point to talks.

Ibec said a UK departure from the customs union as it currently stands could seriously disrupt trade between Northern Ireland and the Republic, and deeply damage UK Irish economic relations.

Ibec CEO Danny McCoy said: "The possibility of the UK leaving both the single market and the customs union raises fundamental questions about Ireland's future trading relations with the UK.

"A return to WTO rules would be a significant economic shock to the economy and would hit Irish exporters hard. It would also set the UK and Ireland on very different economic trajectories.

"In the interest of maintaining good business relations, it is vital that the UK Government sets out in more detail how the serious challenges presented by a hard Brexit might be addressed, including the impact on cross border trade on the island of Ireland."

The statement on Brexit by Ms May is not good news for the Irish Agri-Food Sector, the Oireachtas Agriculture Committee has heard.

Professor Alan Matthews from the Department of Economics at Trinity College Dublin, is before the committee.

Addressing the committee, Professor Alan Matthews from the Department of Economics at Trinity College Dublin said that the announcement by the British Prime Minister that she is not seeking to remain in the customs union was the most significant aspect of her statement.

He said that the UK will unlikely maintain the high level tariffs that exist in Europe. 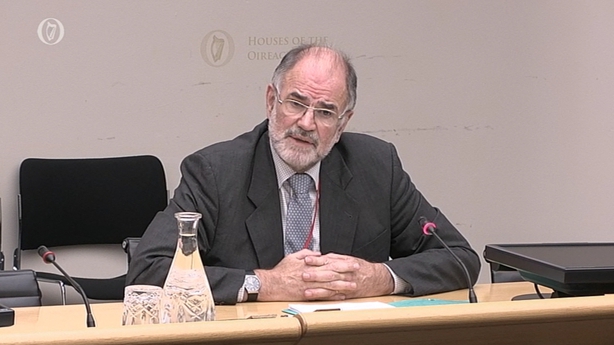 The biggest difficulty, he said, was that even if Ireland maintains duty free access to the UK, it will be a less valuable market for Ireland in the future.

Professor Mathews also pointed out that protection will be key for the UK following Brexit.

He said one of the few positive aspects of the statement was the suggestion that the UK would look for a free trade agreement.

However he expressed concern over the lack of clarity surrounding the start date of free trade negotiations. "Which leads us to a cliff edge", he said.

He said transitional arrangements to avoid the reimposition of tariffs was very important.

Mr Mathews also pointed out that mutual recognition agreements in relation to processing plants between agencies in both countries would be required.

He also pointed out that the UK is a major net contributor to the EU budget and he questioned how the "hole" that develops in Common Agricultural Policy will be replaced.