Some 50,000 people are set to attend the BT Young Scientist and Technology Exhibition, which was officially opened by President Michael D Higgins in Dublin today.

The President told a packed arena at the RDS that the event was a great way to start the year, with a celebration of knowledge and science.

"If we wanted to advertise the capacity of Ireland into the future you would just take these projects and show them to the world," he said.

BT Ireland's Managing Director Shay Walsh also praised the assistance of the judges, and the BT staff who volunteer their time to help with the event.

Last year's winners, Maria Louise Fufezan and Diana Bura from Loreto Secondary School Balbriggan also spoke about the year they had experienced since their victory, saying taking part in the EU Contest for Young Scientists was the highlight.

The first round of judging took place this afternoon and the exhibition opens to the public tomorrow.

A record number of entries were submitted for this year's competition, which is in its 53rd year.

BT Ireland has announced that it has extended its partnership with the exhibition until at least 2020.

Opening the conference, Mr Higgins highlighted the importance of science and of technology transfer in the response to current global challenges such as pollution, poverty and climate change.

He also spoke about the crucial role of imagination in scientific endeavour.

Over the next four days 550 science projects from all over the country will be on display.

They were chosen from a record 2,091 individual and group entries, involving 4,591 students and 375 schools will be represented, up 2% on last year.

Good news emerging from the @BTYSTE this morning is that @BTGroup has committed to sponsoring it for another 3 years. pic.twitter.com/p14jJxvF4I

Just under two thirds (61%) of this year's entrants are female, which the organisers consider to be a positive sign that girls interest in science, technology, engineering and maths (STEM) is increasing.

The most popular category for entries was Social and Behavioural Sciences, which accounts for 41% of the projects.

The county with the largest number of entries is Cork, followed by Dublin and Limerick.

The main exhibition will be open to the public from Thursday until Saturday. The winners will be crowned on Friday evening at an awards ceremony. 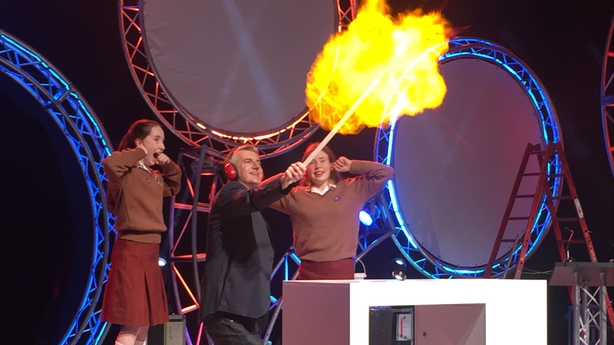 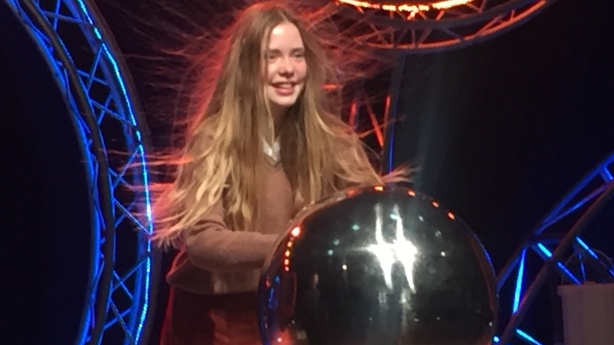 Also running alongside the main event will be the RDS Primary Science Fair, which is now in its eighth year.

Beginning on Thursday, hundreds of fourth, fifth and sixth class pupils from all over the country will display their science, technology, engineering and maths projects in a non-competitive forum.

Other events taking place include The Ultimate Science Show, Discover the Cosmos 3D and another show by mentalist David Meade.

On Thursday, the former Manchester United and England footballer Rio Ferdinand and Graeme Hackland, the IT Director at Formula 1 team Williams are taking part in an event to encourage young people from disadvantage backgrounds to pursue a career in STEM.

World of Robots and TITAN the Robot will also be back again this year to entertain the visiting public.