A leading British lawyer has begun a fundraising campaign to bring the issue of Britain's triggering of Article 50 to the Irish courts in the hope that it will be referred to the European Court of Justice (ECJ).

Jolyon Maugham QC has launched the crowdfunding appeal in order to mount a challenge over the legal aspects of Brexit at the Irish High Court.

Mr Maugham, a leading campaigner for Britain to remain in the EU and who has raised tens of thousands of pounds to support the recent challenges over Brexit in both the British High Court and Supreme Court, has already retained the services of an Irish senior counsel, Joseph Dalby SC, and hopes to have two senior and one junior counsel in all to initiate proceedings.

He has instructed the Dublin law firm, McGarr Solicitors, which has already taken several cases to the ECJ in Luxembourg.

Mr Maugham, who says the legal challenge will cost around £70,000stg (€83,000), expects that the litigants in the case will include a number of British MEPs and possibly a member of the Northern Ireland Assembly.

He ultimately wants the issue of whether or not Article 50 can be reversed once it is triggered to be adjudicated upon by the European Court of Justice.

Mr Maugham believes that judges in the Irish High Court would find it necessary to refer the legal questions raised by the case to European judges in Luxembourg.

The move is likely to inflame an already intense legal and political debate in the UK over the nature of Article 50 and what impact its triggering will have on the fate of the UK and its future status regarding the European Union.

It could also be a significant embarrassment to the Government here which will already have to steer a delicate path through the UK-EU divorce negotiations.

The British Prime Minister Theresa May has said she will trigger Article 50, the formal mechanism for leaving the EU, before the end of March. 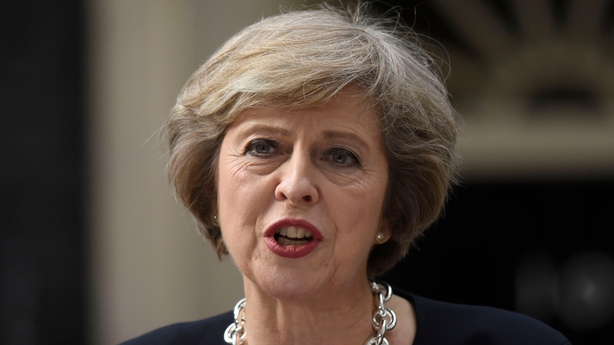 However, a question mark remains over that timetable due to a complex legal challenge at the British High Court, later appealed to the Supreme Court, over whether only the British parliament can approve the triggering of Article 50.

Furthermore, the European institutions, and most EU capitals, are anxious that there is no delay to the notification as it would pose major legal and political complications if the negotiations should drift into 2019.

A challenge to the Irish courts, and a potential referral to the ECJ, could throw the timetable dramatically off course.

It would also infuriate British Leave campaigners if an Irish court were to intervene in the result of the British referendum result.

Mr Maugham's legal team has already drawn up a 26-page draft legal document, called a Statement of Claim, and seen by RTÉ News, which will be lodged with the High Court once the funds are raised, something he is confident will happen before Christmas.

The case is being taken against Ireland and the EU institutions.

According to Mr Maugham the litigants would effectively argue that Ireland, and the EU institutions, are in breach of the EU Treaties by excluding the UK from EU summit meetings, as has happened in Bratislava in September, when Ms May was not invited, and as will happen during an European Council meeting in Brussels next Thursday.

They would also argue that, in effect, Article 50 has already been triggered by the British government due to its numerous declarations in the aftermath of the referendum that the UK was intent on withdrawing from the EU.

That fact, the draft Statement of Claim contends, has been confirmed by several statements since last summer from the European Commission and the European Council, the body which represents EU heads of government.

In that case, the draft states, the EU is breaking its own law by not starting negotiations.

The plaintiffs will also argue that Ireland is bound by the Good Friday Agreement not to enter any constitutional changes at EU level without the consent of the UK, which is a party to the Belfast Agreement.

In a statement tonight Mr Maugham said: "The case is being brought in Ireland because the Irish Government has, we say, colluded in a breach of the EU Treaties by wrongly excluding the UK from meetings of the EU Council.

"We can only make that claim in the courts of Ireland.

"Ireland also has a major stake in whether the UK remains in the EU or EEA. We came into the Single Market together, if we leave it alone there will be enormous economic and social disruption to both Ireland and Northern Ireland."

Ultimately, the litigants would pose two questions regarding European law.

The first, is Article 50 reversible once it is triggered?

The second, does the triggering of Article 50 mean that Britain also automatically leaves the European Economic Area (EEA), the organisation which legally enshrines the link between the EU and Norway, Iceland and Lichtenstein.

Remain campaigners have argued that if Article 50 were reversible it would increase the pressure on the British government to opt for a soft exit, or even a rethink on Brexit altogether.

Because of the nature of the questions raised, Mr Maugham hopes that the questions, particularly that on reversibility, would be referred to the European Court of Justice.

However, the prospect of the fate of Brexit being decided on by European judges in the ECJ would cause uproar among Leave campaigners both inside the Conservative Party and in UKIP.