President Michael D Higgins has signed a book of condolence for former Cuban president Fidel Castro at the Cuban Embassy in Dublin.

A book of condolence will also be opened in the Mansion House in Dublin today and tomorrow for the late Cuban leader. 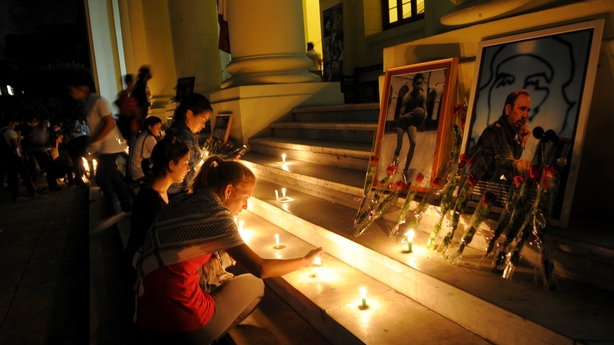 President Higgins arrived at the embassy with his wife Sabina and was greeted by the Cuban Ambassador to Ireland, Dr Hermes Herrera.

Under a framed poster of Fidel Castro in his trademark military dress, President Higgins signed the book on behalf of the people of Ireland.

Dr Herrera has said he is aware of the controversy over President Higgins's statement on Castro's death, but said it was an important honour that the President came to sign the book.

He said President Higgins's position of solidarity and his sympathy are very much appreciated.

Dr Herrera said Cubans are sad but optimistic for the future and are ready to continue the revolution with Castro in mind.

He rejected criticism of Castro's record on human rights, saying Cuba was working with a very difficult US blockade, adding that the majority of Cubans support the revolution.

Cubans are to begin gathering on Havana's Revolution Square for a week-long commemoration of Castro, the communist guerrilla leader who led a revolution in 1959 and ruled the Caribbean island for half a century.

Castro died on Friday at the age of 90, a decade after stepping down due to poor health and ceding power to his brother Raul Castro.

Castro was cremated on Saturday and his ashes will be carried in a cortege to a final resting place in Santiago de Cuba, the city in eastern Cuba where he launched the revolution.

The urn holding the late leader's ashes could be displayed at Revolution Square. 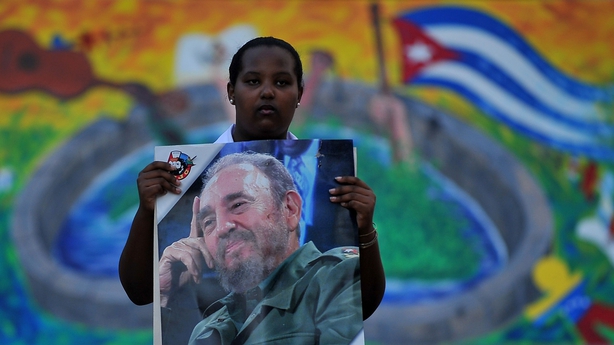 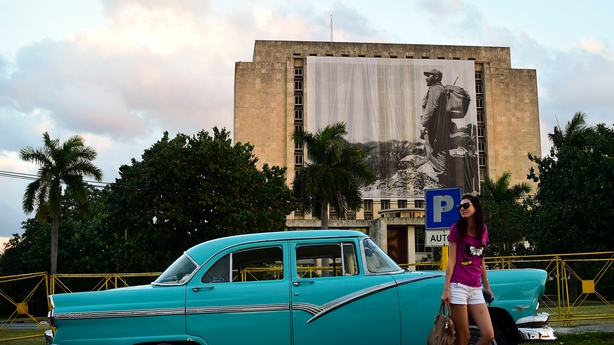 A giant photograph of Castro has been draped over the national library, occupying the same space where an enormous poster of Jesus Christ was hung for last year's visit by Pope Francis.

The ceremony in the capital will end tomorrow night when foreign leaders are expected to pay their respects to a man who dedicated his life to fighting capitalist and colonial oppression, aligned his country with the Soviet Union and outlasted nine US presidents who had sought to oust or undermine him.

The Government will be officially represented at Castro's funeral by Ambassador to Mexico Sonja Hyland, who is also accredited to Cuba.

President Higgins will not be attending, nor will any Government ministers.