French riot police moved to clear an illegal migrant camp in northeastern Paris, sparking a brief standoff at a site where numbers have soared since the closure of the 'Jungle' camp in Calais.

The operation, largely consisting of identity checks on some of an estimated 2,500 people sleeping rough around a canal and urban train bridge near Paris's Stalingrad metro station, came as pressure mounts on the government to clear and shut the camp.

Tension has risen in tandem with speculation that police will move in to evacuate and close the camp definitively in the coming days, as the Paris authorities are demanding.

A digger moved in to clear a small part of the camp, a sprawl of tents, mattresses, blankets and the meagre belongings of migrants and refugees who come in large part from war-torn countries such as Afghanistan.

Migrants shouted at police in riot gear as the digger swept debris and rubbish away in a small section of the camp, which was otherwise left largely intact.

One policeman sprayed a man with tear gas. 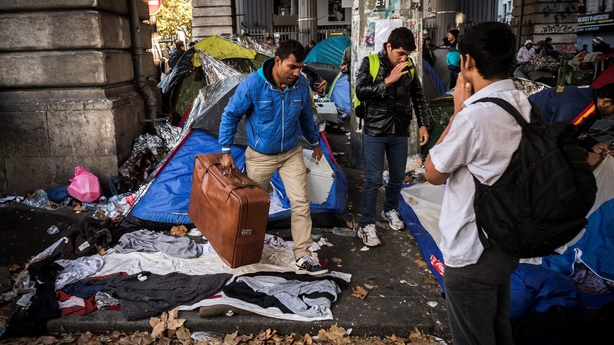 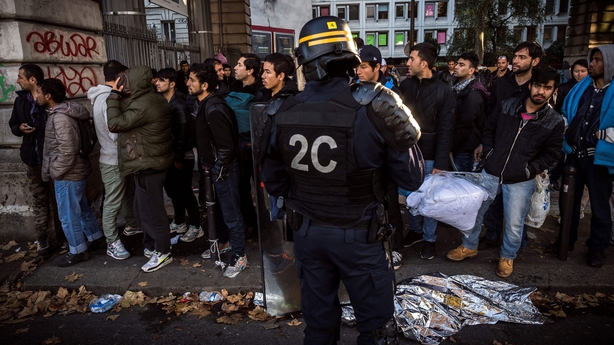 After a couple of hours, police allowed people to move back in after a tidy-up by municipal cleaning workers.

In a letter sent to Interior Minister Bernard Cazeneuve, a copy of which was obtained by Reuters, Paris Mayor Anne Hidalgo requested that the camp be shut rapidly on humanitarian and sanitary grounds.

City Hall officials say the numbers living and sleeping rough in the area have increased by about a third since the evacuation last week of the camp in Calais, where more than 6,000 people were living, most of them in the hope of making it across the short Channel sea crossing to Britain.