Three men have been arrested after cannabis worth €2.7 million was discovered during an operation in Co Meath.

Gardaí made the discovery while searching a number of vehicles in Ashbourne at around 3pm.

They are being questioned at Ashbourne and Finglas Garda stations and can be held for up to seven days.

The operation was part of an ongoing investigation into organised crime in the Dublin and Meath areas.

Separately, cocaine with an estimated street value of over €5m has been discovered on a beach in Co Clare.

75kg of the drug was found on the shore near Liscannor yesterday after Revenue Customs Officers responded to a report from a member of the public about a suspicious item.

Revenue said the cocaine was contained in a "torpedo type" device, which may have been attached below the waterline of a cargo ship or other sea vessel. 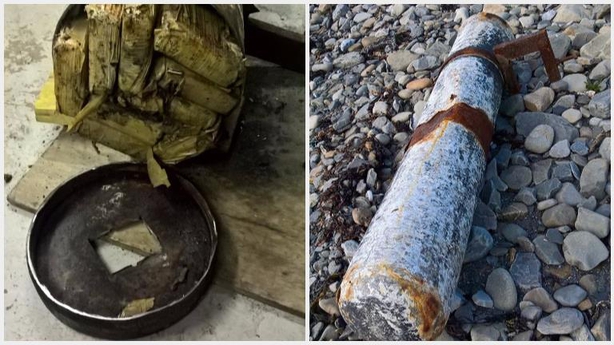 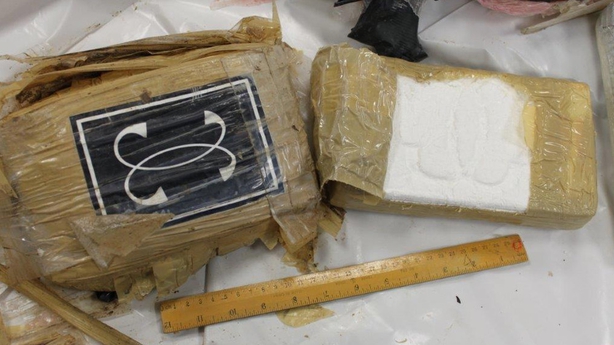 Revenue says it is not possible at this stage to say either where the drugs originated, or their intended destination.

Revenue's Maritime Operations Manager Andrew Ryan has said the torpedo type device is used internationally by organised crime groups and usually fitted to the hull of a legitimate cargo ship.

Speaking on RTÉ's Drivetime, Mr Ryan said the device is normally fitted under the water line by divers, adding it is the first time a torpedo device has been found washed up in Ireland.

He said torpedoes are used because a lot of customs authorities focus their controls on high-risk vessels and this is a way of attaching restricted and prohibited goods to the hull of a legitimate vessel.

"It wasn't a smuggling attempt that went wrong, it was a torpedo device that was attached to a vessel that obviously sailed in proximity to the Irish coastline and then was washed ashore."

Revenue is urging the public not to put themselves in danger by approaching or interfering with suspicious items.

The Customs Drugs Watch Programme encourages those living in coastal communities, maritime personnel and people living near airfields to report unusual or suspicious activities to Revenue Customs Service on Freephone 1800 295295.