Tánaiste and Minister for Justice Frances Fitzgerald has said her department is open to meeting the Garda Representative Association to discuss members' outstanding issues.

The action includes "a unilateral withdrawal of services" on 4, 11, 18 and 25 November.

Speaking during Leaders' Questions in the Dáil, Ms Fitzgerald said it would be unfortunate that rather than engaging with her department, that further action would be taken.

She said it would not be in the interest of the public or the gardaí.

Fianna Fáil TD Jim O'Callaghan said morale is low among gardaí because of their terms and conditions.

He pointed out that the minister has responsibility for those terms and conditions.

Sinn Féin TD Jonathan O'Brien asked what the next step would be.

The minister said there would be no "grand standing" in relation to who approaches whom.

Ms Fitzgerald said the Government recognised that members of An Garda Síochána played their part in stablising the public finances and in bringing about economic recovery.

She said they were subject to the same reduction in pay as other public servants and have benefited from the restoration of pay under the Lansdowne Road Agreement.

The GRA has said the decision to withdraw services on four days in November is unfortunate but that morale among members is at an all-time low, while anger and frustration levels are at an all-time high.

GRA President Ciarán O'Neill said that the GRA has exhausted the industrial relations mechanisms available to it and is left with no other option.

Speaking on RTÉ's Morning Ireland, he said Garda Commissioner Nóirín O'Sullivan will have to come up with a contingency plan for the days of the action.

He said he would like Commissioner O'Sullivan to contact Minister for Public Expenditure Paschal Donohoe and tell him to restore pay.

He said: "Our members are looking for their pay to be restored."

Mr O'Neill said the deal offered at the weekend was not acceptable to GRA members, saying it recommended a partial restoration of pay but members wanted a full restoration.

He said that the role of gardaí was to protect the public and members were looking to be paid properly for doing that job.

Commissioner O'Sullivan has encouraged all groups to remain engaged with the talks process. 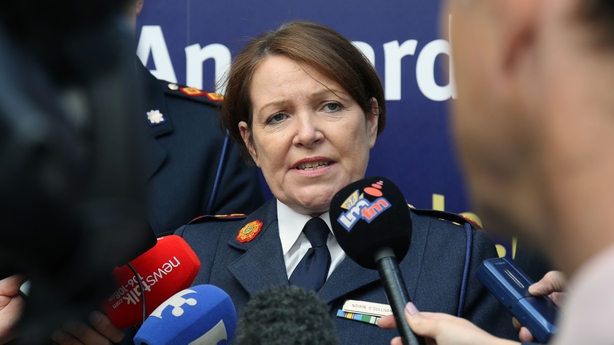 Concerns over effect of any industrial action on policing

The rejected proposals between the GRA and the Department of Justice included a restoration of rent allowance for new recruits to the force and the reinstatement of increments backdated to 1 July.

It is also promised that promotion opportunities for gardaí would increase on a pro-rata basis as the force expands to reach a strength of 15,000 as committed to by the Government.

Gardaí would be required to work an extra 15 hours' per year but that could be done in 15-minute blocks.

GRA General Secretary has said members see the economic crisis as being over and they cannot understand why their pay is not being restored.

Speaking on RTÉ's Today with Sean O'Rourke, he said if the strike does go ahead he would "accept it is not compliant with current legislation".

Mr Ennis has already said that the action announced yesterday was not a "blue flu" where gardaí would call in sick but rather a withdrawal of services - a move acknowledged as unprecedented.

Such action could leave individual members of the gardaí and those members in charge in the GRA open to both criminal and disciplinary proceedings.

It is an offence under the Garda Síochána Act for any person to induce or do anything to induce a Garda to withhold his or her services, or commit a breach of discipline with fines of up to €50,000 and up to five years in prison.

However, the GRA is proceeding with its action after taking legal advice.

The GRA is also unhappy that it has not met Minister Donohoe to discuss its pay claim.

The Association of Garda Sergeants and Inspectors is to meet later this month to also consider a campaign of industrial action.