The Garda Representative Association has voted to take industrial action following the rejection of pay proposals negotiated with the Department of Justice last week.

In a statement, the GRA said the action includes "a unilateral withdrawal of services" on 4, 11, 18 and 25 November.

The decision was taken at a meeting in Tullamore to discuss proposals aimed at resolving their dispute over pay and conditions.

This evening, the Garda Commissioner issued a statement encouraging all groups to remain engaged with the talks process on Garda pay and conditions.

Nóirín O'Sullivan said the best outcome for all, including the public, would be that these issues are resolved within the process.

Tánaiste and Minister for Justice Frances Fitzgerald said she was disappointed by the news.

She said: "Resolution of any outstanding issues of concern to the GRA can only be addressed through engagement between the parties and my Department continues to be available to discuss those issues.

"It would be most unfortunate if, rather than engaging further, action were to be contemplated that would not be in the best interests of our communities or An Garda Síochána."

Assistant Garda Commissioner Jack Nolan said the idea of gardaí withdrawing services for four days would be a pretty unprecedented step for An Garda Síochána, and he hoped they would not get to that situation and he would urge everybody to continue to talk to each other.

Speaking tonight at the Dublin City Crime Forum at Dublin City Hall, he said hoped everyone could continue to negotiate and arrive at a suitable solution for all concerned. 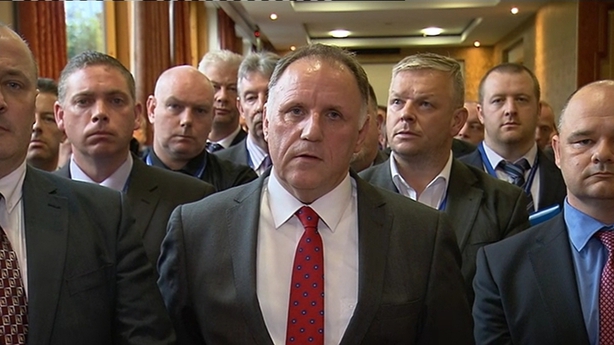 Speaking on RTÉ's Six One, he said the GRA was exhausted from negotiations that have proved "fruitless".

Mr Ennis said the "organs of the State" have failed GRA members and have compelled them to take industrial action.

"It's a momentous day. It's unprecedented, but that's what our conference decided on today," he said.

"It's not a choice that was taken easily.

"We are a vocational group of people and it was with great reluctance that this decision was made today, but we felt that we had no option to achieve a successful outcome to our negotiations."

Mr Ennis said that if strike action is taken, emergency services will still be operational.

He said it was not a "blue flu" where gardaí would call in sick but a withdrawal of services.

Such action could leave individual gardaí and those members in charge of the Garda Representative Association open to both criminal and disciplinary proceedings.

It is an offence under the Garda Síochána Act for any person to induce or do anything to induce a Garda to withhold his or her services or commit a breach of discipline.

It is also a breach of discipline for any Garda to do any act which obstructs the operation or implementation of official policy, directions or instructions.

The GRA does not have trade union status and therefore its members, gardaí, do not have the protection of or the freedom in law to withdraw their services.

They are excluded from the protections under the Industrial Relations Acts that exist for other persons engaged in Industrial action.

Yesterday, a GRA ballot of their 10,500 rank-and-file members revealed that over 95% were prepared to take industrial action.

Meanwhile, the Association of Garda Sergeants and Inspectors has announced that it will hold a special delegate conference on 17 October in Athlone to discuss proposed industrial action. 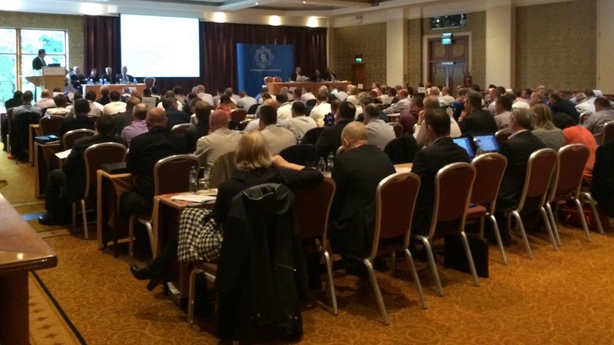 The rejected proposals between the GRA and the Department of Justice included a restoration of rent allowance for new recruits to the force and the reinstatement of increments backdated to 1 July.

It is also promised that promotion opportunities for gardaí would increase on a pro-rata basis as the force expands to reach a strength of 15,000 as committed to by the Government.

Gardaí would be required to work an extra 15 hours per year but that could be done in 15-minute blocks.