Tánaiste and Minister for Justice Frances Fitzgerald has condemned the "brutal and tragic killing" of Irishman Trevor O'Neill in Majorca on Wednesday in what is believed to have been a case of mistaken identity in a gang-related attack, which is understood to be linked to the Hutch-Kinahan feud.

The minister said "every action is being taken" by both Irish and Spanish authorities to find the perpetrators.

She said "there is excellent cooperation between Spain and ourselves", adding gardaí who are living and working there are working with Spanish authorities on the case.

Ms Fitzgerald said every effort will be made by gardaí to stop the spiraling "cycle of revenge and retaliation".

The minister was speaking at India Day in Farmleigh today.

Mr O'Neill was shot dead on the Spanish island after travelling from his home in Drimnagh, Dublin, last Saturday with his partner and three children for a holiday to celebrate his 42nd birthday. 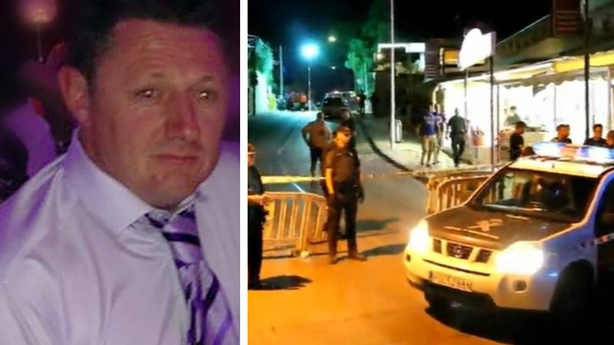 He was shot outside a supermarket in Costa de la Calma, near the popular resort of Santa Ponsa, just after 9pm local time.

Police said he was not the intended target but the man he was talking to, a member of the Hutch family, was.

Police are said to be searching for up to three suspects in the shooting.