Australia has agreed to close an immigration camp housing hundreds of asylum-seekers on Papua New Guinea, the Pacific island nation said, but gave no timeline.

The government’s policy of sending asylum-seekers who arrive by boat to outposts on Papua New Guinea and Nauru was thrown into turmoil in April when a PNG court ordered the Manus Island centre closed.

"Both Papua New Guinea and Australia are in agreement that the centre is to be closed," PNG Prime Minister Peter O'Neill said in a statement following talks with Australian Immigration Minister Peter Dutton in Port Moresby.

"It is important that this process is not rushed but carried out in a careful manner."

The government has been under pressure to shut the Australian-funded Manus facility following a PNG Supreme Court ruling declaring that detaining people there was unconstitutional and illegal.

It is also facing criticism about the plight of asylum-seekers on the tiny Pacific state of Nauru, after thousands of leaked incident reports last week detailed allegations of widespread abuse and self-harm, including children wanting to kill themselves.

In a statement released shortly after Mr O'Neill's announcement, Mr Dutton confirmed that his government had been working with PNG to close Manus.

He added that both countries would work together to support asylum-seekers and refugees transition to lives in the developing Pacific nation or return to their country of origin.

But he stressed there would be no changes to Australia's policy of refusing to resettle asylum-seekers who arrive by boat, even if they are refugees.

"Our position, confirmed again today with PNG, is that no one from Manus Island Regional Processing Centre will ever be settled in Australia," Mr Dutton said.

Under 'Operation Sovereign Borders' asylum-seekers trying to reach Australia by boat are either sent back to where they departed from or transferred to Nauru and Manus.

The policy has been criticised by rights groups as essentially placing refugees in indefinite detention on remote Pacific islands.

But the government says it has stopped deaths at sea after a spate of drownings. 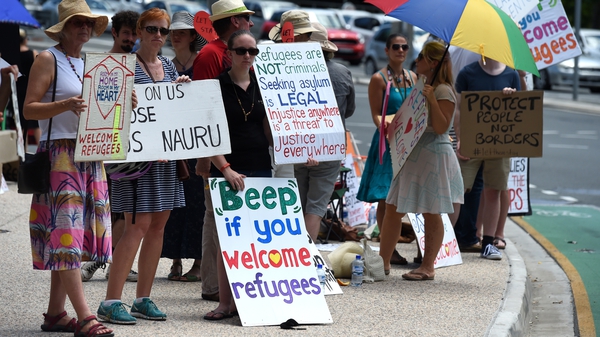