Australia is facing growing opposition demands for an inquiry into its treatment of asylum-seekers on remote Pacific islands after further allegations emerged of abuse against refugees.

Photographs published in Australian media over the weekend showed two bloodied Afghan men after they were allegedly attacked with an iron bar by locals on Papua New Guinea's Manus Island.

The graphic images follow the leaking last week of some 2,000 incident reports filled in by workers on the second island to which Australia sends asylum-seekers arriving by boat, Nauru, detailing abuse suffered by asylum-seekers.

"That's why Labour is leading the push to have a Senate inquiry."

Mr Shorten said he still supported the offshore processing of asylum-seekers on Nauru and in Papua New Guinea to dissuade others from making the dangerous journey to Australia, but that refugees should not be left to languish in Pacific camps indefinitely.

The leaked documents, which allege that asylum-seekers on Nauru, including children, suffered violence, sexual assault and degrading treatment, have prompted the United Nations to repeat calls for offshore processing to end. 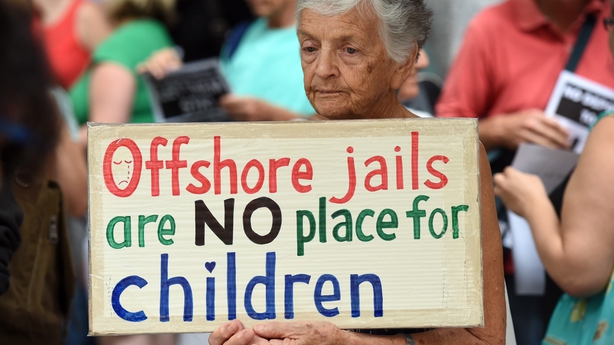 "The allegations contained in the documents must be systematically and properly investigated and those responsible held accountable," said Ravina Shamdasani, spokesperson for the Office of the UN High Commissioner for Human Rights in Geneva.

New Zealand's Labour opposition has also weighed into the debate, with its foreign affairs spokesman David Shearer describing the policy as unsustainable.

"It's almost like Australia has lost its moral compass in terms of where it's going," he said.

The Nauru reports published by The Guardian allege incidents such as guards threatening a boy with death and only allowing a young woman a longer shower in return for sexual favours.

Mental stress caused by prolonged detention was deemed to be the cause of alleged cases of self-harm, including a woman trying to take her own life and a girl sewing her lips together.

About 442 people remain on tiny Nauru today and almost double that number on Manus.

In the latest incident, two Afghan men were reportedly attacked last week as they walked to a beach.

The assault stopped when a local man intervened but one of the Afghans, who was bleeding from the head, later collapsed. 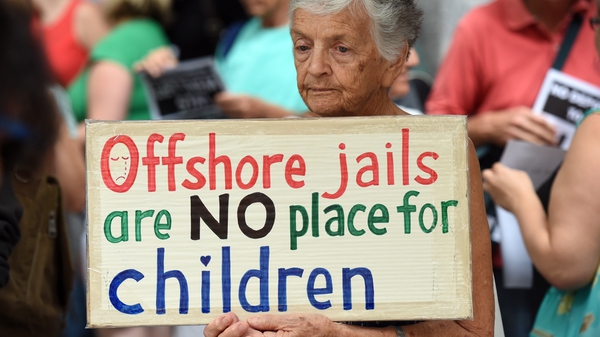