More than 2,000 incidents, including sexual abuse, assault and attempted self-harm, were reported in about two years at an Australian detention centre for asylum seekers in Nauru, more than half involving children, a newspaper has reported.

Leaked documents published by the Guardian Australia detail again the level of abuse at the centre on tiny Nauru, one of two run by Australia on neighbouring South Pacific islands, and show once more that children bear the brunt of the trauma.

The closely protected camps, and Australia's hard-line immigration policy against illegal boat arrivals, have been widely criticised by the United Nations and human rights groups.

Under Australia's policy, asylum seekers intercepted at sea are sent to Nauru and another camp on Manus Island, in Papua New Guinea, and told they will never be settled in Australia.

The number of refugees and asylum seekers trying to reach Australia is tiny compared with Europe, but immigration has long been an emotive issue in Australia and the hardline immigration has bipartisan political support.

Australia said it was seeking to confirm all reports had been dealt with by Nauru police.

"It's important to note many of these incident reports reflect unconfirmed allegations," a spokeswoman for Australia's Department of Immigration said.

The more than 2,000 leaked incident reports published by the Guardian cover the period between August 2013 and October 2015.

Children account for less than 20% of the roughly 500 detainees held on Nauru.

The were 59 reports of assaults on children in the period, and seven reports of sexual assaults.

Some of the reports alleged abuse by guards against children, while there other reports of sexual advances by unknown men.

The reports also show there were 30 incidents of self-harm among children and 159 of threatened self-harm involving minors.

The remaining reports involving children cover a variety of issues, ranging from accidents to misbehaviour.

One of the leaked incident reports said a child had "written in her book that she was tired, doesn't like the camp and wants to die ... 'I want death, I need death'".

Refugee advocates said the leaked reports show the urgent need to end Australia's offshore detention policy and that asylum seekers must be given medical and psychological support.

"It is clear from these documents, and our own research,that many have been driven to the brink of physical or mental breakdown by their treatment on Nauru," said Anna Neistat, senior director for research at Amnesty International. 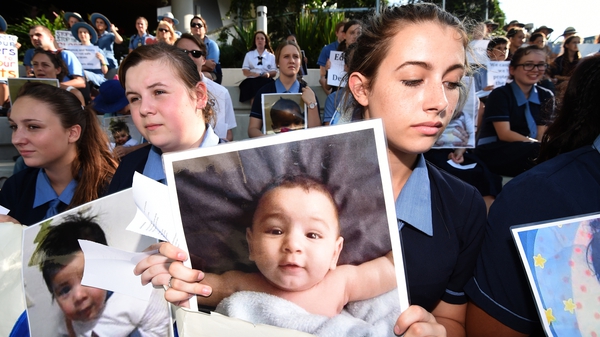