Drivers at Dublin Bus's biggest union have voted overwhelmingly in favour of industrial action up to and including strike action.

95% of SIPTU members have voted to take the action in the row over pay.

It follows a ballot by the second-largest union, the National Bus and Railworkers Union.

Its members unanimously agreed on a campaign of industrial action last week, rejecting Labour Court proposals of an 8.2% pay rise over a three-year period.

Workers at Dublin Bus are calling for wage increases of 18%, in line with an increase that Luas drivers received earlier this year.

Strike action could cause chaos for up to 334,000 passengers a day.

Dublin Bus issued a statement saying it is extremely disappointed with the rejection of the Labour Court recommendation.

Dublin Bus noted the outcome of the ballots and is available to engage with the Trade Unions with a view to seeking a way forward, the statement said.

Dublin Bus is urging employees not to engage in any action that will have a negative impact on customers and the finances of the company, the statement concluded. 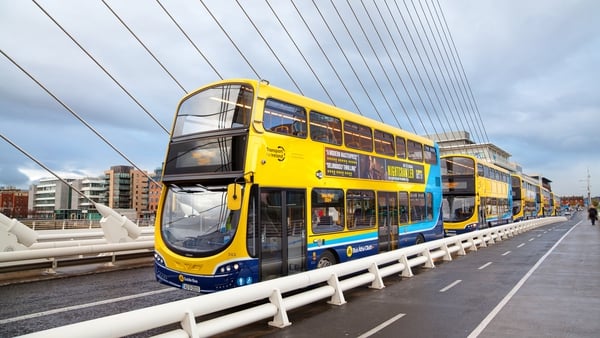