Hillary Clinton has accepted the Democratic Party's White House nomination, casting herself as a tireless champion of the people and rejecting Donald Trump's dark picture of the US.

Becoming the first woman to win the nomination of a major political party, Mrs Clinton promised to be a president for "all Americans," whether they voted for her or not.

Making a bold play for the political centre ground in an election year that has seen the hard right and the hard left become louder and more shrill, Mrs Clinton vowed to "be a president for Democrats, Republicans, and Independents".

"For the struggling, the striving and the successful. For those who vote for me and those who don't. For all Americans."

Much of Mrs Clinton's address to Democrats gathered in Philadelphia for their party's convention was focused on perhaps her biggest weakness come November - a tough public image forged over decades of withering political trench warfare.

"Some people just don't know what to make of me," she said with a frankness that is unusual in American politics.

"The truth is, through all of these years of public service, the service part has always come easier to me than the public part."

But addressing her image of putting policy above politics, Mrs Clinton was unrepentant. 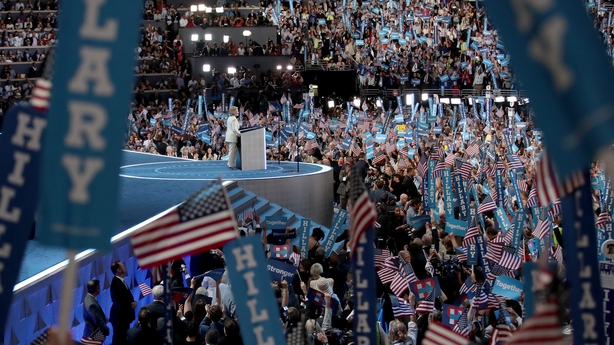 "It's true," she said. "I sweat the details," be it the amount of lead permissible in drinking water or the cost of prescription drugs.

Clinton:Whatever party you belong to, or if you belong to no party at all, this is your campaign. #DemsInPhilly pic.twitter.com/BQDdWKqg4s

Mrs Clinton also trained fire on Mr Trump's dystopian view of the US.

"He wants to divide us from the rest of the world and from each other," she said, mocking Mr Trump's claim that he alone can "fix" the country.

"He's taken the Republican Party a long way from 'Morning in America' to midnight in America. He wants us to fear the future and fear each other."

Hillary's vision is a borderless world where working people have no power, no jobs, no safety.

Mrs Clinton also offered an olive branch to those who backed her rival Bernie Sanders, telling them their voice had been heard, even as isolated voices of dissent echoed around the Philadelphia sports arena.

"I want to thank Bernie Sanders ... And to all of your supporters here and around the country, I want you to know I've heard you," Mrs Clinton said.

"Your cause is our cause."

Meanwhile, the Democratic Congressional Campaign Committee confirmed today that it had been the target of a cyber security incident similar to other recent attacks, including the theft of documents from the Democratic National Committee.

The DCCC said in a statement that it took immediate action and engaged forensic investigator Crowd Strike to investigate the breach of its systems. The probe is ongoing, it added. 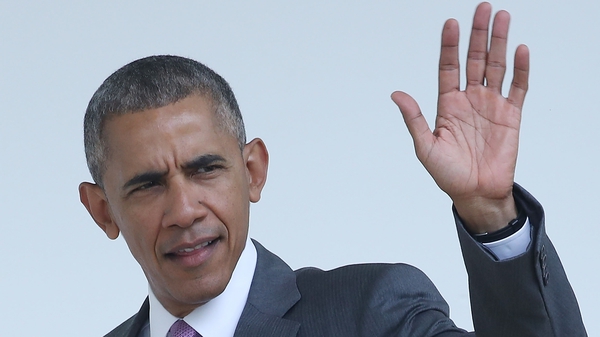