Hopes of finding Malaysia Airlines flight MH370's final resting place are "fading", and the three-nation search will be suspended if nothing is found in the suspected crash zone, Malaysia, Australia and China announced.

The aircraft, with 239 people aboard, disappeared in March 2014 during a flight from the Malaysian capital to Beijing.

Almost €122m has been spent since on an underwater search spanning 120,000 square kilometres in the southern Indian Ocean.

"In the absence of new credible evidence, Malaysia, Australia and China have collectively agreed to suspend the search upon completion of the 120,000-km search," Malaysian transport minister Liow Tiong Lai said.

"I must emphasise that this does mean we are giving up on the search for MH370," he added, in a statement read out to the media.

He also said there is not enough evidence to confirm the controlled ditching of the plane following recent reports, and added he is confident the search is being carried out in the right place.

Searchers at the Dutch company leading the underwater hunt for the plane say they believe it may have glided down rather than dived in the final moments, meaning they have been scouring the wrong patch of ocean for two years.

Searchers led by engineering group Fugro have been combing an area roughly the size of Greece for two years.

Fugro project director Paul Kennedy told Reuters that he does not exclude extreme possibilities that could have made the plane impossible to spot in the search zone, and still hopes to find the craft.

But he and his team argue another option is the plane glided down - meaning it was manned at the end - and made it beyond the area marked out by calculations from satellite images.

"If it was manned it could glide for a long way," Mr Kennedy said. "You could glide it for further than our search area is."

Malaysia, Australia and China greed in April 2015 that should the aircraft not be located within the search area, and in the absence of any new credible evidence, the search area would not be extended. 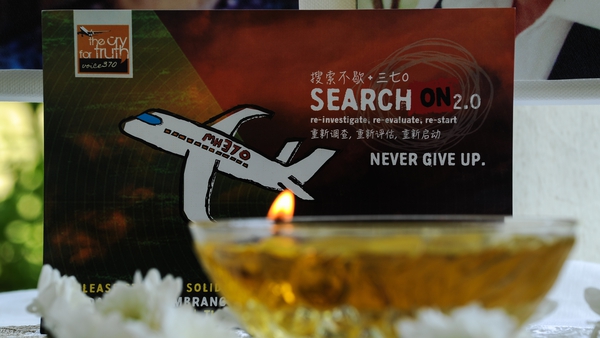 No answers in interim report on missing MH370