Taoiseach Enda Kenny has said his previous comments about the holding of a border poll referred to the possibility of a future poll, not an immediate one.

Speaking in the Dáil, he said: "There will be no border poll now. There is no evidence of a majority wanting to join the Republic."

He said unionists should not be under the false understanding that there is some sort of attempt to have an immediate border poll to pressure them into joining a united Ireland. That was never the case, he said.

However, he added that we should at least be able to hear the challenges, North and South, of the consequences of the vote and have a rational common-sense approach.

Mr Kenny also said there was a need for the "widest possible conversation" on the implications of Brexit, in Northern Ireland and the Republic.

He was responding to Sinn Féin leader Gerry Adams during Taoiseach's Questions in the Dáil.

Mr Kenny said there was a need for a broad dialogue on an all-island basis on the issues facing the North and the South.

Mr Adams said he spent Monday in Stormont where there was concern, and fear in some cases, about the impact of pulling Northern Ireland out of the EU against its will.

He asked the Taoiseach when he would see the dialogue commencing, warning that it should not be put on the back-burner.

Fianna Fáil leader Micheál Martin said the new Northern Ireland Secretary of State has said the issue could be discussed by the North-South Council, but said this was not appropriate.

The proposed forum should not be "state heavy" and should include business and young people, he said.

Mr Martin also clarified that he did not favour an immediate border poll. 55% voted to stay in the EU but you cannot automatically say that 55% would vote tomorrow morning for a United Ireland, he said.

Labour leader Brendan Howlin asked the Taoiseach for further clarity on his comments about a border boll, adding that unionists had been angered by this.

He said the UK government had made it clear that a border poll would not be happening.

Mr Howlin asked the Taoiseach to "put things back on track" by talking about inclusive discussions, that were not frightening for anyone on the island.

The Taoiseach responded that the authors of the Good Friday Agreement had put a clause in the agreement that a Secretary of State could trigger a poll, if the evidence was there for the need for such a poll.

He said the point he made this week at the MacGill Summer School was that if this happened, if a majority of people in Northern Ireland wanted to leave the UK and join the Republic, this should be made easier for them.

But he said clearly there is no evidence of a majority in Northern Ireland voting for this now, nor indeed in the immediate future.

Mr Kenny agreed this was far bigger than any individual or party, and should allow for everyone's view. 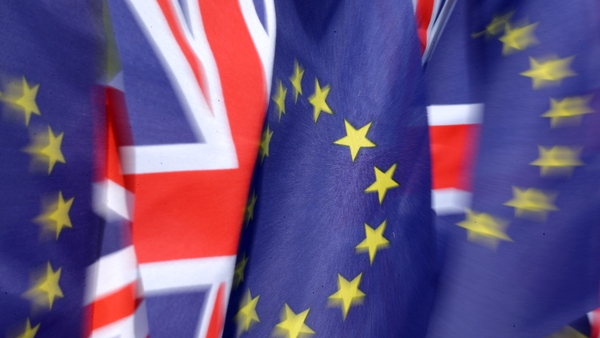 Northern Ireland Secretary does not want return of hard border