Britain's newly appointed Northern Ireland Secretary has said he does not want to see the return of a hard border with the Republic.

Speaking on RTÉ's News at One, James Brokenshire said he wants to chart a "positive new future" for Northern Ireland.

He said it is important that he now goes out and listens to what the community is saying, so he can make a very "strong case" for Northern Ireland.

The 48-year-old MP for Old Bexley and Sidcup in Greater London campaigned for the Remain side in the Brexit referendum.

Now, he will have to implement the consequences of the decision to leave the European Union for Northern Ireland where the majority of people voted to remain.

Mr Brokenshire stressed that he does not want to see a return of the issues of the past, and said he wants to work to maintain the common travel area.

"I recognise the really important benefits that we get from the movement of people but also the movement of goods, services and trade and what that means for the economy.

"And that's why I think it is important to underline that joint commitment that both governments have to work through this, to maintain the common travel area and see that we don't see a return of those issues of the past."

His remarks come as the newly appointed Brexit Secretary said the UK will be in a position to trigger the official process to leave the European Union "before or by the start of next year".

David Davis called for a "brisk but measured" approach to Brexit and the triggering of Article 50 to leave the EU before or in early 2017, repeating comments made before he was appointed to the cabinet.

British Prime Minister Theresa May has previously said she will not trigger the two-year process of leaving before the end of 2016.

Mr Davis said the Government's "first order of business" will be to begin negotiations with the aim of striking trade deals with non-EU countries such as the United States and China within two years.

This would give Britain a free trade area "almost twice the size of the EU" before the negotiation with the European bloc is complete, he said.

His comments came as former cabinet minister Oliver Letwin, who was due to head the government's Brexit unit, warned that the UK does not have its own trade negotiators because they are all working for the EU.

But Mr Davis insisted Britain would be able to put in place new trade agreements to come into force at the point of exit from the EU having been fully negotiated beforehand.

Writing in The Sun, he said: "I expect the new Prime Minister to trigger a round of global trade deals with all our most favoured partners - and the negotiation of most within between 12 and 24 months.

"Within two years, before the negotiation with the EU is likely to be complete, we can negotiate a free trade area massively larger than the EU.

"Deals with the US and China alone will give us a trade area almost twice the size of the EU - and of course, we will also be seeking deals with many others.

"This will provide massive markets for our exports and cut costs for our manufacturing industries."

Mr Davis said Article 50 should not be triggered immediately in case EU countries act "irrationally" and refuse tariff-free access to the European single market because the UK will not compromise on ending free movement so it can control immigration.

He said the formal process of leaving should begin after consultation with businesses, devolved administrations, trade unions, universities and research institutions.

"This is one of the reasons for taking a little time before triggering Article 50. The negotiating strategy has to be properly designed, with serious consultation," Mr Davis said.

"This whole process should be completed to allow triggering of Article 50 before or by the start of next year."

Mr Letwin was appointed by David Cameron to be the architect of the UK's negotiations with the EU before being axed as part of Ms May's cabinet shake-up.

He told BBC Radio 4's Today programme: "The trade negotiators who are Brits, at the moment are basically working for the EU."

Mr Letwin was then asked if the UK has got any of its own trade negotiators.

"We don't have trade negotiators because the trade negotiation has been going on in the EU so we are going to have to hire a whole - David Davis is going to have to hire - group to deal with the EU negotiations and (International Trade Secretary) Liam Fox, of course, in what I think is an excellent plan of Theresa's to create a new Department of International Trade."

He also insisted that Mr Davis is the right man to lead the UK's divorce from Brussels.

"I have known David obviously for many, many years and I have negotiated a certain number of things with him and I can tell you he is a jolly tough cookie and that's what we need," Mr Letwin said. 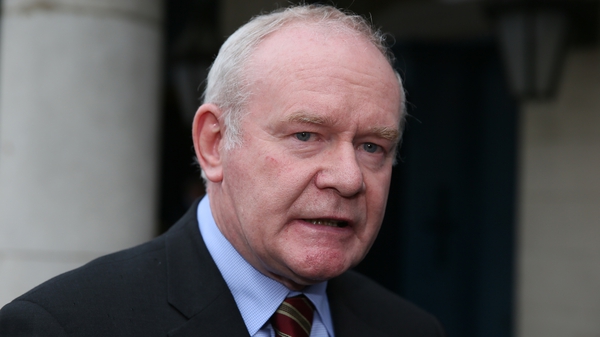