Members of the Garda Representative Association have held a protest outside Government Buildings.

The GRA is calling for emergency financial legislation, which was introduced at the start of this month, to be put on hold.

The Financial Emergency Measures in the Public Interest Act, or FEMPI, includes non-restoration of pay or allowances, the loss of protection from compulsory redundancy and a freeze on pay increments for two years - a move which affects new recruits the most.

It was imposed on the GRA because it rejected the Lansdowne Road Agreement on public sector pay.

The GRA is calling on the Government to postpone the imposition of the legislation until the Haddington Road Agreement has been completed.

The imposition of FEMPI, along with the Government taking away their rent allowance of €4,017.55, means that these gardaí are earning over €6,000 less now than they would have expected.

GRA president Ciarán O'Neill said the organisation had asked for a meeting with Minister for Public Expenditure and Reform Paschal Donohoe to discuss members' concerns.

He said the association would continue to protest until its demands were met.

Separately, Minister Donohoe is to establish a Public Service Pay Commission, which is to examine "pay levels across the public service".

The Commission will be established in the autumn and will report back next year. 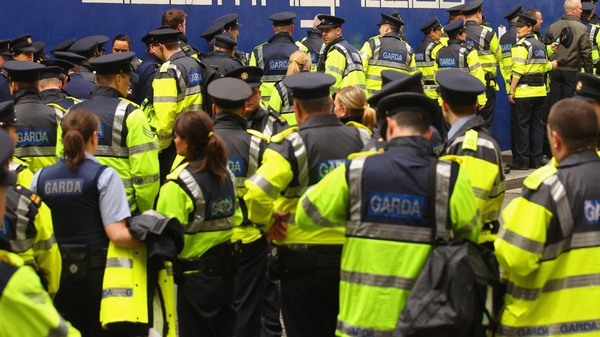