An 11-year-old boy from Texas. A German teacher and two of her students. A French father protecting his pregnant wife.

The Bastille Day truck attack in Nice killed 84 people, including ten children and teenagers enjoying the evening celebrations during their summer holidays.

French President Francois Hollande said "many foreigners" were among the dead.

More than 200 people of all ages and from across Europe were also injured in the attack.

People gathered in front of a memorial on the Promenade des Anglais in Nice this evening.

As a clearer picture emerges of last night's horror on the French Riviera, details of some of the victims have begun to trickle in.

Here's what we know so far:

France: Timothe Fournier, 27, from Paris died after pushing his seven-month-pregnant wife out of the truck's deadly path, his cousin Anais told AFP.

Also killed was border police commissioner Emmanuel Grout, 45, who was off duty and had been on the Promenade des Anglais to watch the annual fireworks display, local media said.

Germany: A German teacher and two of her students from the capital's Paula-Fuerst School were killed, the Berlin mayor's office said.

A Texas-based newspaper identified them as Sean Copeland, 51, and his 11-year-old son Brodie who were on a family holiday in Europe. "They are so loved," the family was quoted as saying in a statement.

UC Berkeley in California has said that three students on a study programme in France were wounded and another was missing following the attack. Nicolas Leslie, 20, was identified by the college as the missing student.

Switzerland: The Swiss foreign ministry announced the deaths of a Swiss "woman and a child", but gave no further details. It was not immediately clear if they were related.

The mayor of the Swiss town of Agno named the woman as 54-year-old customs agent Linda Casanova Siccardi, who was on holiday with her French husband. He survived.

Morocco: Fatima Charrihi, 60, a Nice resident and mother of seven, was among the first to be killed by the Tunisian-born driver, her son Hamza told local media.

He described her as "an extraordinary mum" and a devout Muslim who practiced a "real Islam, not that of the terrorists".

Russia: One Russian tourist was killed, the foreign ministry said.

News site Novosti-24 named her as 20-year-old university student Viktoria Savchenko who was holidaying in Nice with a friend. The friend sustained injuries to her legs but was not in a serious condition, it added.

Armenia: An Armenian citizen was also among the dead, the foreign ministry said.

Tunisia: Bilal Labaoui, born in 1987, was killed in the attack, according to the Tunisian foreign ministry. 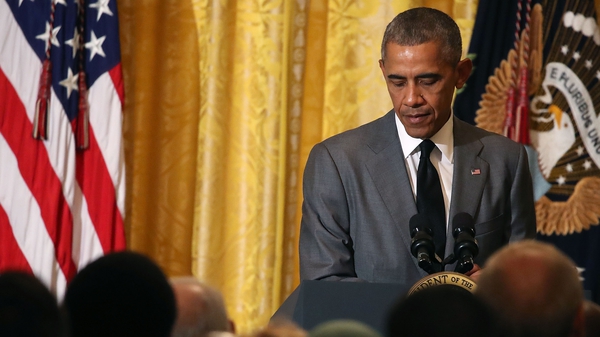 US stands with France after Nice attack - Obama