It took less than 30 minutes, and possibly just 15, for a man to carry out the attack which killed at least 84 people in the French city of Nice last night.

The sequence of events unfolded as follows (all times local):

The attacker boards a large white truck on the outskirts of Nice and loads his bicycle into the vehicle, according to regional government chief Christian Estrosi.

A police source later identifies the attacker as Mohamed Lahouaiej Bouhlel, a man known to police for petty crime and violence but not for suspected Islamist militancy.

He is described as a 31-year-old Tunisian resident of Nice.

A fireworks display attended by some 30,000 locals and tourists, including many children, begins near a tourist office on the Promenade des Anglais, a seafront boulevard lined with palm trees and wide walking areas.

The fireworks show ends. Soon afterwards the attacker enters the Promenade des Anglais in the white truck and drives down a stretch of about 2km fronting the "vieille ville" old quarter where many of the victims were killed.

The driver starts swerving to hit people on the roadway and on the wide pavements that overlook the strand and sea. 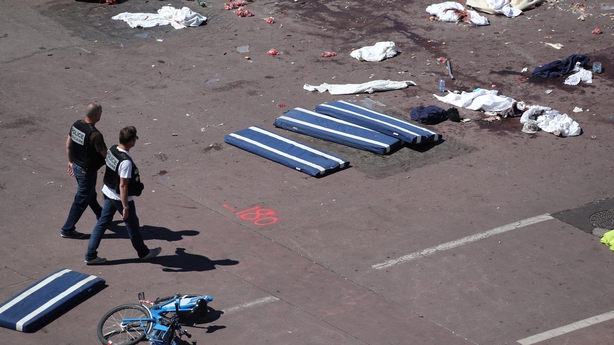 According to witness accounts, the truck of some 20 tonnes accelerates as it hurtles into the crowded area near a tourist office.

Mr Estrosi later says the truck was travelling at about 90km/h.

The area of most destruction appears, according to early reports, to be in an area of about 500 metres between the Negresco hotel and the tourist office where the four lanes of roadway were closed to traffic in each direction and full of pedestrians.

The driver is shot dead by police. Social networks are by this time starting to relay images of devastation and chaos. 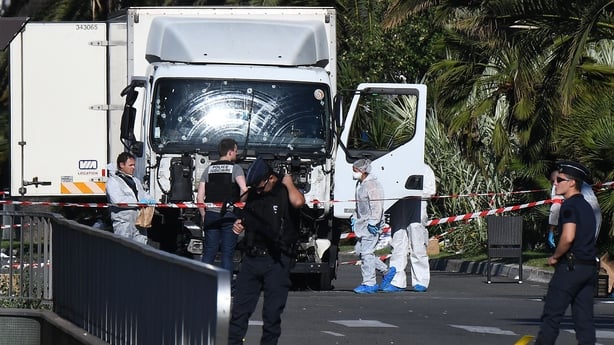 Sebastien Humbert, deputy prefect of the Alpes-Maritime region that includes Nice, says the early death toll estimate is around 30 and that the incident is for now being described as a "criminal attack".

President Hollande refers in a televised address to the "terrorist nature of this attack" which involved "the most extreme form of violence" and say the death toll at this stage is at least 77. 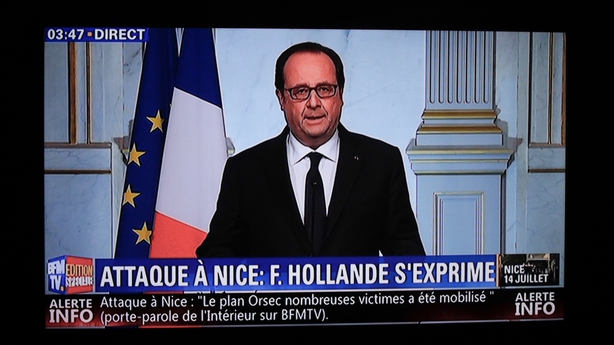 He says emergency rule imposed in France after Islamist attacks killed 130 people in Paris last November will be extended for three months beyond what was supposed to be an expiry date of July 26.

After visiting victims in hospital in Nice, Mr Hollande says the death toll has reached 84 and that about 50 are still fighting for their lives. 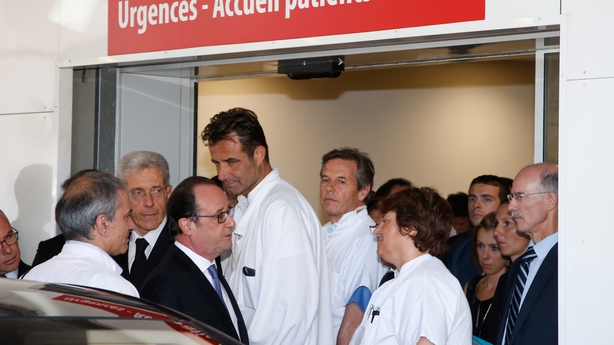 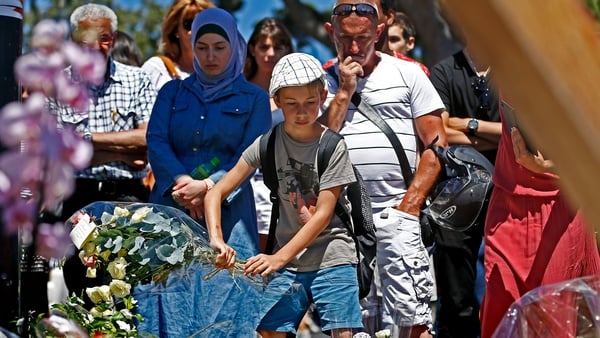