Northern Ireland's Deputy First Minister Martin McGuinness has said British Prime Minister Theresa May's new cabinet is on a collision course with the European Union, particularly in relation to the argument that the UK should have access to the single market, while being opposed to free travel of European nationals.

Speaking on RTÉ's News at One, he said there is nothing united about the United Kingdom, and a real problem for Ms May will be respecting the democratic wishes of the people of Scotland and Northern Ireland.

He said he believes there are challenging and difficult times ahead in relation to a debate surrounding a hard border, adding "the Brits will make a huge argument for a hard border, not just between North and South, but for the island of Ireland and Britain".

Mr McGuinness said the Conservatives do not "give a damn" about anybody on the island of Ireland and the outcome of the referendum represents a clear undermining of the Good Friday Agreement, describing "the time ahead" as a messy business.

He said he expects the Government will stand up for the democratically expressed wishes of the people of Northern Ireland who see their future in Europe.

Mr McGuinness said the DUP foolishly opted for a leave position and the challenges will be in recognising differences, ensuring the peace process continues and that all people on the island are protected from "this disastrous decision".

Earlier, employers group Ibec urged the Government to respond aggressively to the very serious economic challenges posed by the UK's decision to leave the EU.

As part of its post-Brexit pre-Budget submission, Ibec said decisive moves to improve the UK's attractiveness to business must be matched here.

The group has warned that a major overhaul of business and personal tax along with continued investment in housing, transport and education will be needed in order for Ireland to stay competitive and attractive to investment, following the Brexit vote.

Ibec has set out a detailed plan in its submission for Budget 2017.

It pointed out that the UK is responding aggressively to the economic challenges it faces and warned that Government here must do the same if it is to continue to attract new business to Ireland.

It said sterling's collapse was squeezing exporters and this demanded a renewed focus on keeping all costs under control, including labour costs.

Fianna Fáil's finance spokesperson has said the decision by Taoiseach Enda Kenny to establish a new division in his department and chair a new Cabinet committee to deal with the implications of Brexit are a "welcome step forward".

Speaking on RTÉ's Morning Ireland, Michael McGrath said we need to strengthen our missions in London, Paris and Berlin and it was vital that properly qualified people were appointed to fight Ireland's corner at EU level to make sure Ireland's special relationship with the UK is fully understood.

He said that the better the deal the UK can get, the better for Ireland.

"We need the requisite skills, people with economic, financial, legal, diplomatic experience so we can fight Ireland's corner and ensure that there is a recognition at EU level of the special relationship we have with the UK and indeed the inter-dependency of the two economies."

He said he would like to see a senior Cabinet minister appointed co-chair of the committee along with the Taoiseach because he said it is not known if Enda Kenny will still be taoiseach when Brexit happens.

Meanwhile, Fianna Fáil leader Micheál Martin has said he believes there is a need for the UK to trigger Article 50 sometime in the autumn.

Speaking on RTÉ's Today with Seán O'Rourke, Mr Martin said there is a mutual interdependency between the EU and the UK in terms of trade and economy and both sides need to acknowledge that and engage in a constructive manner.

He said he hoped this would result in Britain getting a deal similar to Norway which would also be the best possible outcome for Ireland.

Mr Martin added that Ireland's low corporation tax rate has been a key factor in attracting and consolidating investment.

In the "fullness of time", he said, reducing Ireland's corporation tax to 10% could be considered, but that such a move is not required in the immediate or short term.

The Government has briefed the Opposition on the next steps being taken to deal with Brexit.

These include a special section in the Taoiseach's department headed up by a second secretary general,   and a committee chaired by Mr Kenny.

There will be regular consultations with the Opposition ahead of the Bratislava Summit in September, which will see negotiations get under way. 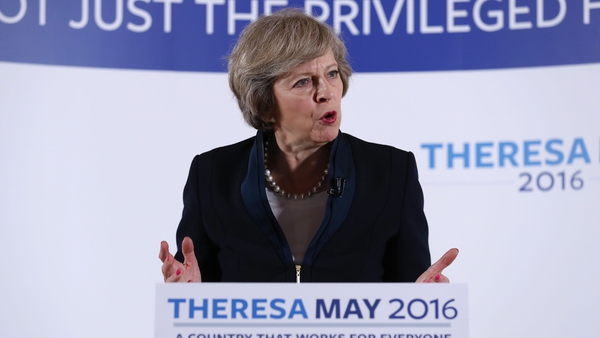