Theresa May has promised to lead the UK out of the European Union as prime minister, rejecting proposals to ignore the referendum result.

Ms May is set to be appointed the next UK prime minister after her only rival, Andrea Leadsom, pulled out of the Conservative Party leadership race.

Speaking at her campaign launch this morning, Ms May said: "Brexit means Brexit and we're going to make a success of it.

"As prime minister, I will make sure we leave the European Union," she said.

Ms May said the Conservatives would be "completely, absolutely, unequivocally at the service of ordinary working people" under her leadership.

She pledged to create a democracy that "works for everyone so we can restore trust and confidence in our most important institutions".

The Home Secretary also said that ordinary workers made "real sacrifices" after the financial crash and do not feel the economy works for them .

Her comments came as finance ministers from the UK's three devolved administrations met to discuss the implications of the Brexit vote.

The ministers have pledged to fight Westminster austerity measures resulting from Brexit.

They are seeking an urgent meeting with British Chancellor George Osborne in a bid to avoid further public spending cuts or savings and protect EU funding.

They said: "We are determined to act resolutely to protect the interests of all our people, especially against further austerity policies that might be considered as a consequence of the referendum result.

"This is particularly relevant in the context of the majority vote in both Scotland and the North of Ireland to remain within the EU."

They urged the UK government to take the opportunity provided by the referendum to think again about its economic and fiscal policy.

A majority of people in Scotland and Northern Ireland voted to remain in the EU in last month's referendum, while in Wales 52.5% of voters chose to leave. 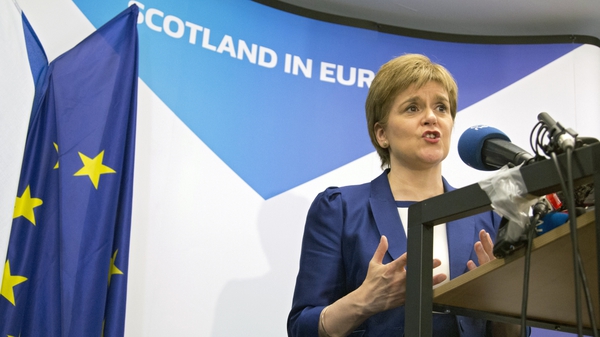