A row over pay and pension top-ups in HSE-funded agencies has intensified after Minister for Health Simon Harris warned that excess payments would have to be reimbursed.

The minister was questioned in the Dáil about the controversy that emerged over €1.64m top-ups which were paid to senior managers at the St John of God organisation.

There has been anger among the public and unions about revelations of pay and pension top-ups to senior managers in St John of God.

The organisation is a Section 38 body, which receives significant funding from the Health Service Executive, and its employees are normally deemed to be public servants.

The top-ups happened while even employees earning less than €35,000 a year suffered serious austerity measures imposed under financial emergency legislation known as FEMPI.

The order said CEO John Pepper, who earns €182,000 a year, left his public service role in 2013 and was no longer liable to the FEMPI cuts.

SIPTU has queried how this was allowed to happen and today Minister for Public Expenditure and Reform Paschal Donohoe said his department had never granted any exemptions from FEMPI.

He also said it was not appropriate that public service employees should be reporting to senior managers who were not themselves public servants.

The row intensified in the Dáil where Minister Harris warned that any excess unauthorised payments would have to be reimbursed.

As HSE investigations in Section 38 bodies continue, it remains to be seen whether further non-compliance will emerge and what the Government will do about it.

Speaking at the launch of the second progress report on the Civil Service Renewal Plan, Mr Donohoe said he expected that people on low and middle incomes in the public service would see those on higher incomes having the same legislation applied to them as the Government intended.

Speaking subsequently on RTÉ's News at One, Mr Donohoe said an investigation is under way by the HSE and Department of Health into pay and pension top-ups totally €1.64m for senior managers in the St John of God organisation.

He said pay policy in relation to the health service is very clear and nobody in receipt of a public salary can have that added to by an additional private payment.

"And it is against those principles that we will be now, and the Department of Health are, carrying out an investigation of the situation in that individual hospital.

"You can expect that if pay policy has been breached and if we find evidence of that, actions will follow from that."

The Department of Public Expenditure and Reform this evening clarified its position on exemptions from FEMPI legislation.

It said it has granted no full exemptions but has permitted some partial exemptions, such as to prevent FEMPI cuts resulting in people moving below the national minimum wage.

"The CEO of St John of God Community Services, Clare Dempsey, is the senior representative for the organisation with the HSE and other such bodies in Ireland.

He said the group CEO has a role that also includes extensive responsibilities in and outside Ireland including Britain, The Netherlands, Africa and the United States.

"This is a standard governance and management structure for an international organisation," he added.

Review of Section 38 agencies under way

A review of all Section 38 agencies is under way by the Department of Health, according to Tánaiste Frances Fitzgerald.

Ms Fitzgerald said the Government is determined to make sure the charity sector reaches the highest standards.

Responding to a question by Labour leader Brendan Howlin in the Dáil, Minister Fitzgerald said an external body is examining the agencies.

Ms Fitzgerald confirmed to Mr Howlin that annual compliance statements have been signed by all Section 38 Agencies.

However, she said the Department of Health examination aims to put "another layer" in examining the area again.

The minister said it would look at the state of governance at the agencies and obtain internal financial controls to ensure that financial procedures are in place.

Ms Fitzgerald said that Mr Donohoe has already noted that he is following up on an examination of Section 39 agencies to see if they are in line with FEMPI legislation. 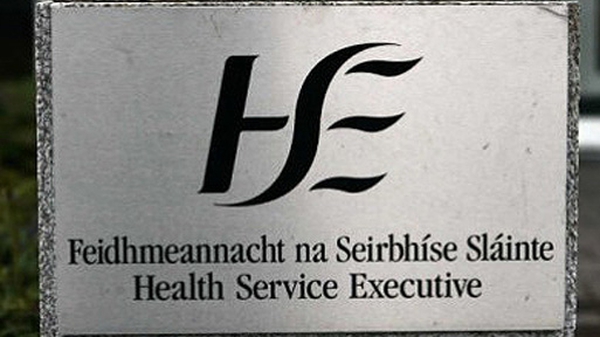 HSE to investigate top-up payments at St John of God