The HSE is investigating whether €2m paid by the St John of God group to senior managers in 2013 breaches its pay policy - and it said the payments should have been disclosed.

The St John of God group said the top-ups were made to fulfill contracts and were not disclosed because the money came directly from the Order.

The issue of charities topping up allowed salaries is controversial. This practice is not allowed under HSE pay rules and it was done without the HSE's knowledge.

A spokesperson for the Order said the payments were made to discharge contractual obligations and they believe it was the right thing to do, based on professional advice.

The payments were made directly by the Order and did not come from public funds and St John of God said they were not disclosed in the accounts for this reason.

The HSE gives St John of God €130m a year and it also funds suicide charity Console which is engulfed in a controversy about lavish spending.

St John of God group also say payments were made to discharge contractual obligations and was the right thing to do - based on prof advice.

Section 38 agencies such as St John of God must sign an annual standard service agreement each year prior to being allocated public funds.

This agreement contains a clause which states that Section 38 agencies "shall not pay nor subsidise salaries, expenses or other prerequisites which exceed those normally paid within the public sector".

The HSE spokesperson said that it will be investigating if St John of God is in compliance with Section 38. 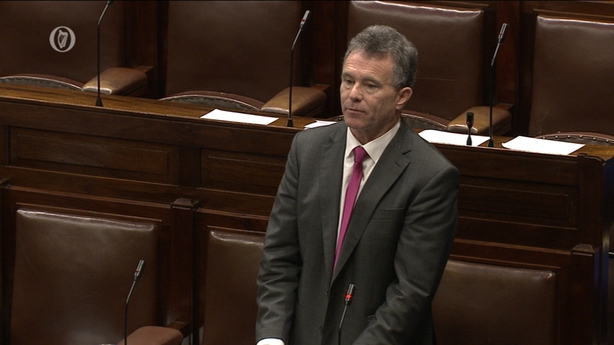 Meanwhile, the chairman of the Public Accounts Committee has written to the HSE asking representatives to attend the committee early this month to answer questions about their funding of bodies including St John of God.

Speaking on RTÉ's Marian Finucane Show, Seán Fleming said the HSE hands out billions of taxpayers' money to voluntary hospitals and charities and does not appear to know what is going on.