The Supreme Court has dismissed an appeal by businessman Denis O'Brien against a High Court ruling relating to the cross examination of a key witness at the Moriarty Tribunal.

The High Court had rejected Mr O'Brien's claim in 2011 that the tribunal had incorrectly restricted his lawyers' cross examination of Danish telecommunications expert, Professor Michael Andersen.

That decision has now been upheld by a five judge Supreme Court.

Prof Andersen was a witness as part of the tribunal's investigation into the awarding of Ireland's second mobile phone licence to Esat Digifone in the mid 1990s.

Mr O'Brien claimed there was a breach of fair procedures by the tribunal chairman, Mr Justice Michael Moriarty in limiting the amount of time his lawyers had and the extent of the questions they could ask Prof Andersen.

Mr O'Brien claimed that Prof Andersen's evidence was critical to the outcome of the tribunal.

The professor was managing director of Andersen Management International, the consultants engaged by the Department of Transport, Energy and Communications in April 1995 to assist civil servants in assessing the six applications for the licence.

Mr O'Brien wanted to cross examine Prof Andersen about meetings with lawyers for the tribunal.

The professor had alleged that the certain members of the tribunal's legal team were biased against Esat Digifone.

Lawyers for the tribunal had claimed that these proceedings were moot - or had little practical significance or relevance because Mr O'Brien had not tried to stop the tribunal publishing the part of its report which dealt with Prof Andersen's evidence and had not challenged the report.

It was published in March 2011. The Supreme Court agreed that the appeal was in fact moot.

Chief Justice Ms Justice Susan Denham found that it was a central factor that Prof Andersen's evidence was favourable to Mr O'Brien.

She upheld the High Court's ruling that the Prof Andersen gave evidence, that in his opinion the tribunal's lawyers were biased, that he had explained in detail what he meant, and that the most that could have been hoped for was that he would repeat himself and perhaps, "gild the lily". 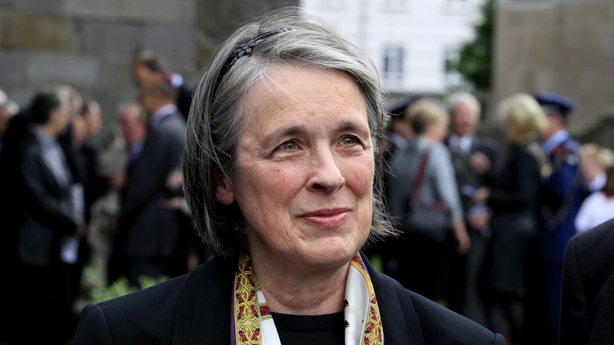 In her ruling, the Chief Justice said it was difficult to imagine that anything more favourable to Mr O'Brien could have been elicited on cross examination.

She continued that the rulings by the tribunal chairman in this issue were an illustration of the case management of a tribunal.

She said it was essential that a tribunal be case managed by a chairperson.

It became apparent Prof Andersen was available to give evidence, having previously declined to do so, some considerable time after the provisional findings of the tribunal had been circulated to interested parties, she added.

She said in circumstances where the professor had indicated his availability was limited, it was necessary to indicate the time available to various parties to cross examine him.

She said the curtailment of time to Mr O'Brien's lawyers for a period of six hours was clearly appropriate and took into account Mr O'Brien's rights and the rights of other parties.

It was a balancing of rights that was eminently reasonable in the circumstances of the case and it was consistent with fair procedures, she said.

She found Mr O'Brien's rights to fair procedures, and constitutional justice had not been breached.