Britain’s Labour Party is set for a leadership battle after leader Jeremy Corbyn said he expected to be automatically on the ballot and would challenge any attempt to prevent him from entering the contest.

Mr Corbyn has refused to resign following Britain's vote to leave the European Union, despite mass defections from his policy team and a no-confidence motion passed by an overwhelming majority of politicians in his own party.

Labour colleague Angela Eagle has said she will formally launch a bid tomorrow to replace Mr Corbyn as party leader.

She said he had failed to lead Labour legislators as an organised and effective force to hold the government to account.

Ms Eagle told ITV she had the 51 nominations by politicians required to mount a challenge and that it would be up to the party's national executive committee to decide whether Mr Corbyn also needed to seek nominations from colleagues.             Mr Corbyn said he was disappointed with Ms Eagle's bid to unseat him and would challenge any decision by the national committee to block him from automatically standing again.

Some Labour politicians fear Mr Corbyn, who spent three decades on the hard-left fringe of the party before a surprise wave of grassroots enthusiasm swept him to victory in a leadership contest last September, will be voted back in by the party membership if he makes it onto the ballot.

"I am not contemplating losing this contest, I am in it because I want to win it for the best interests of a strong Labour Party," Ms Eagle said.

"This is a battle for a healed and a united Labour Party."

The ruling Conservatives are also in the midst of a leadership contest after Prime Minister David Cameron, who campaigned for Britain to stay in the EU, announced on the morning after the referendum he would resign.

While both candidates to replace him have ruled out bringing forward the next general election, due in 2020, Ms Eagle said an early election could still happen and Labour needed to be ready.

"[Corbyn] doesn't connect with Labour voters, he doesn't connect enough to win an election ... and I really think now the time is for him to consider his position," she said.

"I'm the right person to lead the party into that general election." 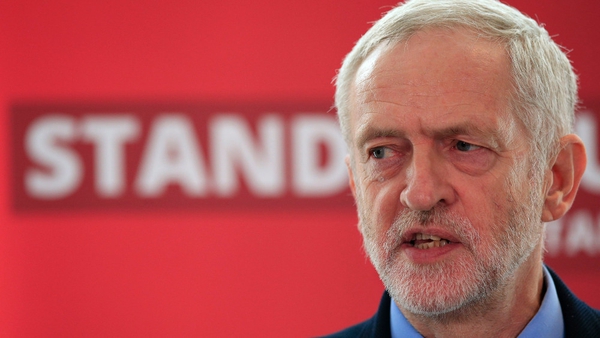 Labour under Corbyn 'not safe' for British Jews - MP