A Labour MP has claimed the party "cannot be a safe space" for British Jews after Jeremy Corbyn failed to intervene when she was verbally abused by one of his grassroots supporters at a press conference.

Ruth Smeeth, who is Jewish, said Mr Corbyn had shown a "catastrophic failure of leadership" and must immediately resign to make way for "someone with the backbone to confront racism and anti-Semitism".

Marc Wadsworth, who runs Momentum Black Connexions, accused the Jewish MP of "working hand in hand" with the Daily Telegraph during a tirade at the event in central London. 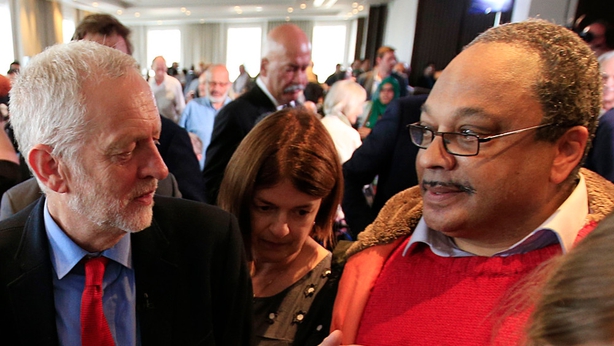 A clearly upset Ms Smeeth stormed out of the event, which had been staged to launch a report into anti-Semitism in the party.

She said: "I call on Jeremy Corbyn to resign immediately and make way for someone with the backbone to confront racism and anti-Semitism in our party and in the country."

The Labour leader has insisted he condemns "any abuse of MPs of any kind" but Ms Smeeth said that under his leadership, the party "cannot be a safe space for British Jews".

Mr Corbyn had ignored the criticism of Ms Smeeth during the event, instead focusing on the contents of the review carried out by Shami Chakrabarti.

"I was verbally attacked by a Momentum activist and Jeremy Corbyn supporter who used traditional anti-Semitic slurs to attack me for being part of a 'media conspiracy'," Ms Smeeth said.

"It is beyond belief that someone could come to the launch of a report on anti-Semitism in the Labour Party and espouse such vile conspiracy theories about Jewish people, which were ironically highlighted as such in Ms Chakrabarti's report, while the leader of my own party stood by and did absolutely nothing.

"Until today I had made no public comment about Jeremy's ability to lead our party, but the fact that he failed to intervene is final proof for me that he is unfit to lead, and that a Labour Party under his stewardship cannot be a safe space for British Jews.

"I have written to the general secretary of the Labour Party and the chair of the Parliamentary Labour Party to formally complain about this morning's events.

"No one from the leader's office has contacted me since the event, which is itself a catastrophic failure of leadership."

Separately, Mr Corbyn was accused of making "offensive" comments at the launch.

Chief Rabbi Ephraim Mirvis said that rather than rebuilding trust among the Jewish community, the Labour leader has caused "even greater concern".

Mr Corbyn was forced to deny comparing Israel and the so-called Islamic State after telling the event Jews were "no more responsible for the actions of Israel" than Muslims were for the "various self-styled Islamic states or organisations".

The review had been launched following the suspension of high-profile figures like MP Naz Shah and former London mayor Ken Livingstone.

Mr Corbyn hailed the findings of the report, before telling supporters and journalists: "Our Jewish friends are no more responsible for the actions of Israel or the Netanyahu government than our Muslim friends are for those of various self-styled Islamic states or organisations".

Pressed on whether was likening the Israeli state with the jihadi group, he said "of course not".

Mr Corbyn admitted facing a "torrid few days" but defiantly insisted his mandate was stronger than the vote for the candidate who will become the next prime minister.

He showed no signs of being ready to quit as he addressed supporters at the launch of the review in central London, but refused to take questions on how much longer he can survive in the face of overwhelming opposition from his own MPs.

He called on the party to "unite" after the "tumultuous" week that had followed the EU referendum.

As reporters attempted to press Mr Corbyn on the dire position he is facing, Ms Chakrabarti intervened to stop the line of questioning while the leader stood silently. 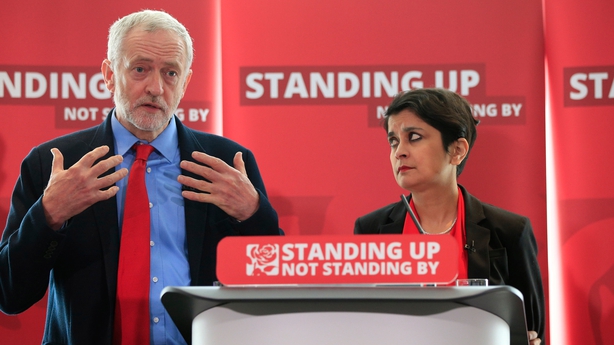 Corbyn will not resign despite losing confidence vote