Hundreds of deaths in the searing European heatwave of 2003 can be attributed to man-made climate change, according to scientists.

Researchers calculated that 506 out of 735 heat-related deaths recorded that summer in Paris - the hottest city - were due to global warming.

The impact of climate change was less severe in London, where 64 out of 315 deaths were blamed on man-made effects.

Scientists arrived at the figures after combining climate model simulations of the 2003 heatwave with a health impact assessment.

They found that human-induced climate change increased the risk of heat-related deaths by around 70% in central Paris and 20% in London.

The study, published in the journal Environmental Research Letters, looked at the three summer months from June to August.

Lead researcher Dr Daniel Mitchell, from Oxford University, said: "It is often difficult to understand the implications of a planet that is one degree warmer than pre-industrial levels in the global average, but we are now at the stage where we can identify the cost to our health of man-made global warming.

"This research reveals that in two cities alone hundreds of deaths can be attributed to much higher temperatures resulting from human-induced climate change." 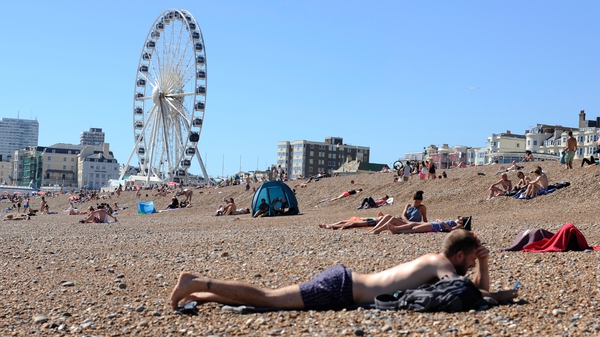 Temperatures reach 36.7C as parts of UK swelter in heatwave