Britain's former prime minister Tony Blair has said he felt sorrow and regret over the Iraq war but defended his decision to join the US-led invasion of Iraq in 2003.

Mr Blair was responding to severe criticism of him in the report of a seven-year inquiry into the war, which was published earlier. 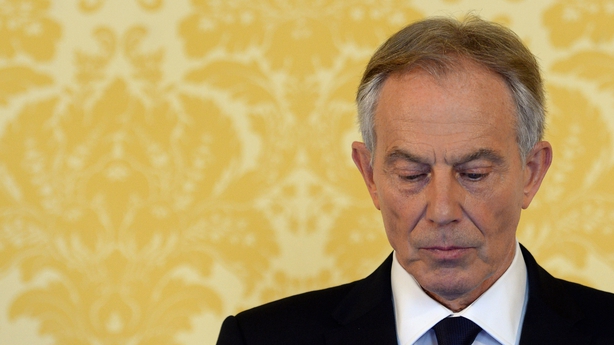 "The intelligence assessments made at the time of going to war turned out to be wrong.

"The aftermath turned out to be more hostile, protracted and bloody than ever we imagined," Mr Blair said at a press conference.

"For all of this, I express more sorrow, regret and apology than you will ever know."

Tony Blair says he takes 'full responsibility' for going to war in Iraq, 'without exception and without excuse'  https://t.co/3oC48I7Jq2

However, he added: "As the report makes clear there were no lies, parliament and cabinet were not misled, there was no secret commitment to war.

"The intelligence was not falsified and the decision was made in good faith."

Mr Blair said he accepted full responsibility for the decision to go to war, but rejected the argument that terrorism today stemmed from the invasion of Iraq.

He also said he believed the world was a better place without Iraqi dictator Saddam Hussein, who was toppled by the invasion. 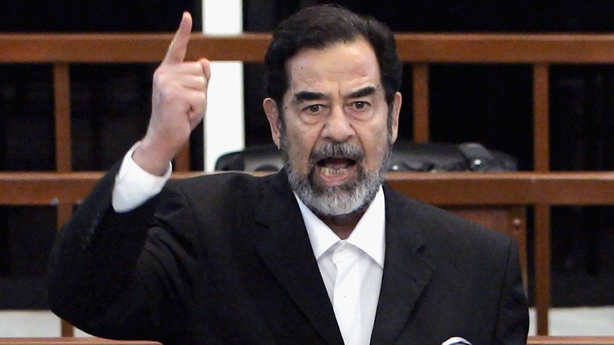 The decision, he said, to remove Saddam Hussein was the "hardest, most momentous, most agonising" of his ten years in office.

But he said if Saddam had been allowed to remain in power in 2003, "he'd have once again threatened world peace".

"At least in Iraq, for all its challenges, we have today a government that is elected, is recognised as internationally legitimate," he added.

Blair: '... a nation whose people we wanted to set free from Saddam, became instead victim to sectarian terrorism' https://t.co/BkdXvTbXsG

Blair 'did not unequivocally pledge Britain to war'

Mr Blair insisted he did not unequivocally pledge Britain to war and said a note he sent to then US president George W Bush telling him "I will be with you, whatever", meant he would "be with the USA in dealing with this issue".

He added: "I recognise the division felt by many in our country over the war, and in particular I feel deeply and sincerely - in a way that no words can properly convey - the grief and suffering of those who lost ones they loved in Iraq, whether members of our armed forces, the armed forces of other nations or Iraqis."

The former prime minister said he would never agree that those who died or were injured in Iraq "made their sacrifice in vain".

However, he said he accepts the report makes serious criticisms over the way decisions were taken.

Decision could not be delayed - Blair

Mr Blair said he could not delay the invasion of Iraq in 2003.

Today’s report on the war found that taking military action was not the last resort that had been presented to parliament and the public.

The report said the US-led invasion of Iraq came while diplomatic options were still open, but Mr Blair said that because the US had decided on action, he could not afford to wait any longer. 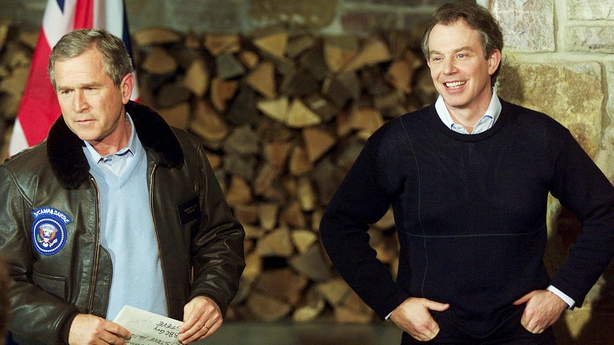 "The inquiry claims that military action was not a last resort, but it also says that it might have been necessary later. With respect, I didn't have the option of that delay," Mr Blair told the press conference.

"I took this decision because I believed it was the right thing to do based upon the information I had and the threats I perceived."

Earlier, he said "the report should lay to rest allegations of bad faith, lies or deceit" against him.

Mr Blair has insisted his decision to commit British forces to the invasion of Iraq was taken in good faith.

He added that his decisions were taken "in what I believed to be the best interests of the country".

The Chilcot Report said the circumstances in which Mr Blair and then attorney general Peter Goldsmith decided that there was a legal basis for UK military action in Iraq were "far from satisfactory".

He also said there was "no imminent threat" from Hussein at the time of the invasion and the intelligence about his weapons of mass destruction was "flawed".

Mr Blair said the report "does not make a finding on the legal basis for military action but finds that the attorney general had concluded there was such a lawful basis" by 13 March 2003.

Mr Blair said: "Whether people agree or disagree with my decision to take military action against Saddam Hussein; I took it in good faith and in what I believed to be the best interests of the country."

He acknowledged the report made "real and material criticisms" of "preparation, planning, process and of the relationship with the United States". 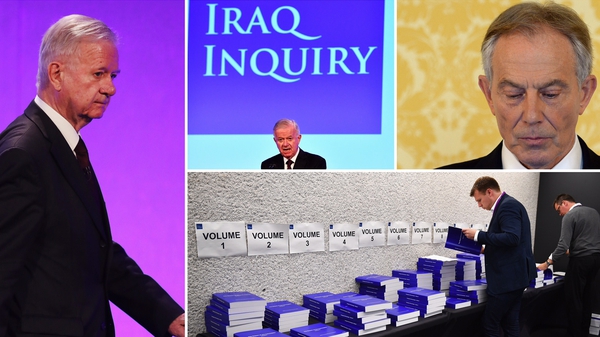