The long-awaited official report into Britain's involvement in the Iraq War has delivered a scathing verdict on government ministers' justification, planning and conduct of a military intervention which "went badly wrong, with consequences to this day".

Former prime minister Tony Blair presented the case for war in 2003 with "a certainty which was not justified" based on "flawed" intelligence about the country's supposed weapons of mass destruction which was not challenged as it should have been, found report author John Chilcot.

Unveiling his 2.6 million-word report into the UK's most controversial military engagement since the end of the Second World War, Mr Chilcot said: "We have concluded that the UK chose to join the invasion of Iraq before the peaceful options for disarmament had been exhausted. Military action at that time was not a last resort.

"We have also concluded that the judgments about the severity of the threat posed by Iraq's weapons of mass destruction - WMD - were presented with a certainty that was not justified.

"Despite explicit warnings, the consequences of the invasion were under-estimated. The planning and preparations for Iraq after Saddam Hussein were wholly inadequate. The government failed to achieve its stated objectives."

He said Mr Blair was wrong to claim that the risks of instability following the invasion could not have been known in advance.

Although he made no judgment on whether military action was legal, Mr Chilcot’s seven-year inquiry found that British attorney general Lord Goldsmith's decision that there was a legal basis for UK involvement in the US-led invasion was taken in a way which was "far from satisfactory".

Shortly after Mr Chilcot's statement, Mr Blair released a response, saying he "will take full responsibility for any mistakes without exception or excuse", but added that the report "should lay to rest allegations of bad faith, lies or deceit".

The size of the Chilcot Iraq report pic.twitter.com/zVxKX3gaRi

The report does not support the claims of Mr Blair’s critics that the prime minister agreed a deal "signed in blood" to topple Iraqi dictator Saddam Hussein when he met George Bush at his ranch in Crawford, Texas, in April 2002.

But it reveals that in July that year - eight months before parliament approved military action - Mr Blair committed himself in writing to backing the US President over Iraq, telling him: "I will be with you whatever."

The report found that the use of force to remove Saddam was undertaken at a time when he posed "no imminent threat" and in a way which undermined the authority of the United Nations Security Council.

The risks of a hastily-prepared military mission to invade and occupy four provinces of southern Iraq were not properly identified, leading to shortfalls in key equipment such as helicopters and surveillance gear.

The Ministry of Defence was "slow" to respond to the threat from insurgents' roadside bombs, resulting in delays in the supply of armoured vehicles to protect troops which "should not have been tolerated".

And the Blair government's "wholly inadequate" preparations for the aftermath of war "failed to take account of the magnitude of the task of stabilising, administering and reconstructing Iraq".

Mr Blair himself over-estimated his ability to influence US policy at a time when ministers were aware of the "inadequacy" of Washington's plans. 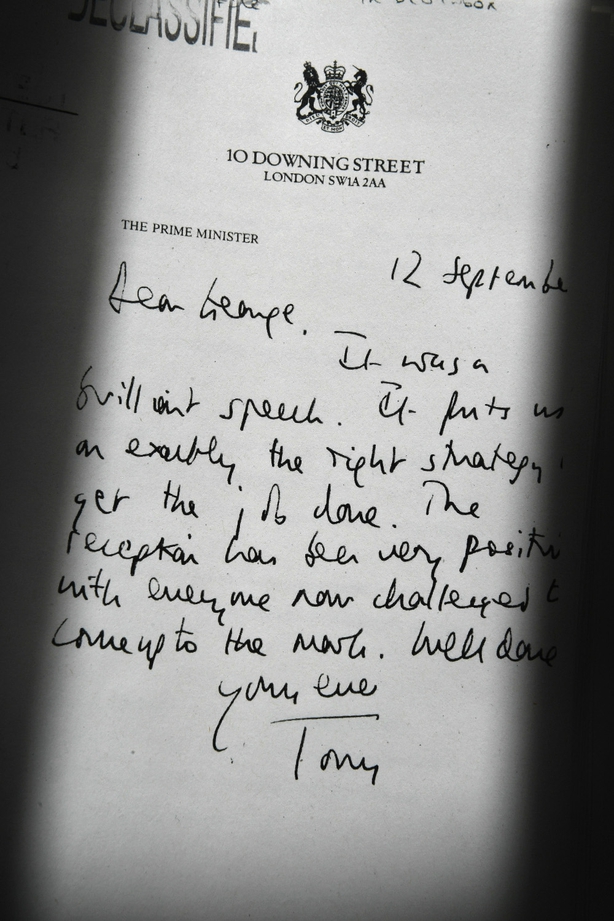 The report acknowledged that the initial campaign to overthrow Saddam was successful and praised the "great courage" of service personnel and civilians involved during and after the invasion, which led to the deaths of more than 200 UK nationals and at least 150,000 Iraqis.

But it found that Britain's military role "ended a very long way from success" and it was "humiliating" that the UK was reduced to doing deals with a local militia group in Basra, releasing captured militants in return for an end to attacks on British forces.

Former foreign secretary Jack Straw has said "with the benefit of hindsight, different decisions would have been made in Iraq".

He added: "The consequences which flow from the decision to take military action against Iraq will live with me for the rest of my life."