Five people were killed and another 22 were wounded early today when a man entered a cafe in northern Serbia and opened fire with an assault rifle, police said.

Police arrested the suspect, a man in his late 30s identified only as Z.S., immediately after the shooting during a local festival in the village of Zitiste, around 80 kilometres north of Belgrade.

Nebojsa Stefanovic, the interior minister, told Belgrade's B92 TV that Z.S. killed his estranged wife and a another woman, before firing at others in the cafe with an assault rifle he illegally owned.

"Jealousy could be a motive," he said. "He was a quiet man; he had no criminal record."

Gordana Kozlovacki, the director of the hospital in the nearby town of Zrenjanin, said 22 people were treated after the shooting. Seven remained in a serious condition. 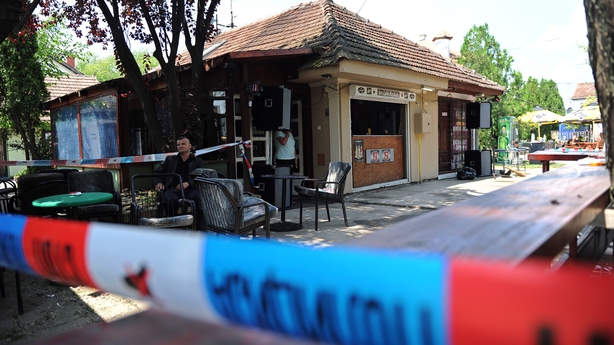 Serbia and most of the western Balkans are awash with hundreds of thousands of illegal weapons following wars and unrest in the 1990s.

In a bid to reduce the number, Serbian police yesterday offered an amnesty over surrendering or registering illegal weapons until November.

Today's killings follow a number of mass shootings in Serbia in recent years.

Three years ago, 13 people died in a shooting spree in a village near Belgrade, and last year six people were killed in a dispute over a wedding in Serbia's north.