Junior minister John Halligan has said he will not vote against Mick Wallace's bill to allow terminations in cases of fatal foetal abnormalities but said he has yet to make up his mind on whether to abstain.

Mr Halligan, an Independent Alliance TD who was appointed Minister of State for Training and Skills in May, said he hopes there will be a free vote on the matter.

Independents4Change, of which Mr Wallace is a member, has tabled an amendment to the Protection of Life in Pregnancy Bill to allow abortions in cases of diagnosed fatal foetal abnormalities.

Minister for Health Simon Harris told the Dáil last night that he was not opposed to the purpose of the bill but was opposing it because the Government is advised it is unconstitutional.

Speaking on RTÉ's Morning Ireland, Mr Halligan said he believes in doing "what you think is right" but that a vote against the Government, if it should come to that, does not signal that he does not support the Government.

"I won't be voting against Mick Wallace's bill, I will tell you that.

"I will make my mind up during the week when I speak to my colleagues in the Independent Alliance. We are still hopeful that it would be a free vote on the issue, I think it requires a free vote on this issue."

On the same programme, Fine Gael TD Kate O'Connell said she believed a referendum would have to be held on the Eighth Amendment, which grants equal right to life to the unborn child and the mother.

The Dublin Bay South TD said she believes that women should not have to travel outside of Ireland for a termination if they are faced with fatal foetal abnormality during pregnancy.

However, she said she could not support Mr Wallace's bill because it is unconstitutional.

Last night during a Dáil debate on the issue, Ms O'Connell recounted her own experience when a 20-week scan during pregnancy revealed a profound defect.

O’Connell:'My husband and I were told our much wanted child had a profound defect when we went for our 20-week scan'https://t.co/LKsIoUYQVs

She said, against the odds, the pregnancy went to term and she delivered a child whose organs were almost entirely outside his body but her son is now a healthy five-year-old.

When faced with the possibility of having to deal with a fatal foetal abnormality, she said she felt very alone and let down by Ireland.

She added that the referendum was needed to deal with the issue. 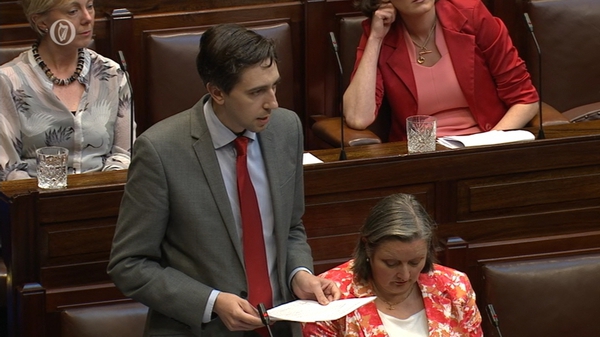