An external examiner appointed to look into finances and governance at the national suicide charity Console has said staff were "traumatised" over the malpractice issues highlighted by the RTÉ Investigations Unit.

David Hall said the situation is under control and will never happen again.

He also stressed that the charity's services are still being offered and used and that most counsellors are contractors who work for a reduced rate.

Following earlier revelations last week, the RTÉ Investigations Unit reported last night that a draft report by the Health Service Executive showed founder Paul Kelly and two family members had benefited by almost €500,000 in salaries and cars over three years, and that the family spent thousands of euro of Console money on personal expenses.

Mr Hall said actions and transactions carried out were inexcusable but that the staff of Console had nothing to do with them and continued to provide a valuable service.

He said: "This matter is now under control. The practices that were highlighted in that report are no longer continuing, will never continue again."

Mr Hall said he understands that Mr Kelly has resigned from the charity.

No stone will be left unturned to establish how this happened, he said, adding that immediate changes have been made in how post is opened and how cheques are lodged.

RTÉ News understands that Console plans to appoint an interim CEO as soon as possible to secure the charity's future and legal action may be required to put it on a secure footing.

Speaking on RTÉ's Liveline, Marie McDonagh, a counsellor who worked in Console's Galway office, said she was "astounded" to hear about the revelations.

Ms McDonagh said there was a delay in payments she was due for her work. "We haven't been paid as therapists ever on time. At the moment I'm owed about €2,500 ... but we also were completely left in the dark."

She said that she was due a cheque last Christmas but was not paid until 25 March.

She said: "We are absolutely astounded and gutted at what's happened and I feel for my clients and I feel for anybody who did great work. I just wanted to make it clear that the therapists do great work and knew nothing about it."

The RTÉ Investigations Unit reported on extracts of a draft copy of the HSE audit into the finances and governance of the charity.

The audit reveals details of how Mr Kelly, his wife Patricia and their son Tim benefitted by almost €491,649 in salaries and cars between 2012 and 2014.

The programme has already revealed evidence of serious concerns around the handling of Console's finances, inappropriate payments to directors, the use of multiple sets of accounts with alterations and deletions sent to different bodies.

The board of the charity set up an independent external review of issues raised.

Social Democrat TD Catherine Murphy said staff at Console had been let down by the failure in governance at the charity and what has happened will cause problems for other charities.

She said consequences must be put in place for people who break the rules. 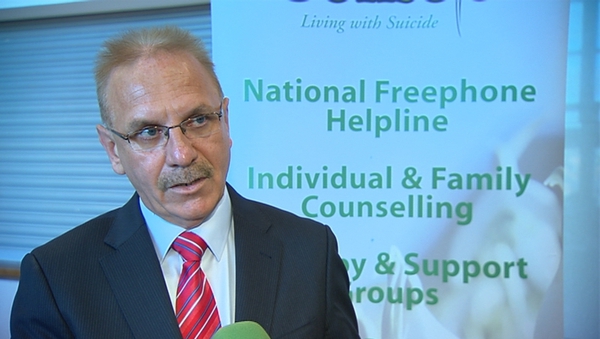