The row between the Garda Representative Association and the Government over the Lansdowne Road Agreement has worsened after the GRA leadership decided not to re-enter talks.

The GRA is one of a small number of unions who have rejected the Lansdowne Road Agreement, and could face financial penalties for repudiating it from 1 July when it comes into force.

Throughout the day, the GRA executive met to decide whether there was a basis for returning to talks.

However, it is understood that the executive felt that members could not accept doing unpaid extra hours, and that their grievance was legitimate and reasonable.

The Association of Garda Sergeants and Inspectors has also rejected the LRA.

Under the HRA, gardaí were obliged to do an extra 30 unpaid hours per year until the end of December 2015.

In the interim, a major review of garda pay, conditions and industrial relations issues - including the lack of full rights for the garda associations to negotiate and to strike -  was to have been concluded by June 2014.

In January, gardaí ceased doing the additional 30 hours - resulting in a significant increase in the garda overtime bill.

They stress that this did not constitute a breach of the Haddington Road Agreement, as they were only ever liable to do the additional hours until last December.

Unions like the GRA and AGSI, which are deemed to have repudiated the LRA, are at risk of having penalties imposed on their members from 1 July under financial emergency legislation - including non-restoration of pay or allowances, an increment freeze, and the loss of protection from compulsory redundancy.

This possibility is formally confirmed in Department of Justice briefing notes for Minister Frances Fitzgerald, which state that the "possible application" of an increment freeze for gardaí "will arise for consideration in July" if the GRA and the AGSI have not accepted the LRA.

The GRA insists that all outstanding HRA issues - including the review - must be completed before FEMPI emergency legislation penalties would be imposed.

However, garda management, the Department of Justice and the Department of Public Expenditure and Reform are insisting on imposing the Lansdowne Road Agreement - including the disputed unpaid hours - despite the fact that the terms of the HRA had not been completed.

A spokesperson for the Department of Justice said it is willing to engage with the garda associations with an objective of creating a pathway for their re-engagement with the LRA over the coming days.

The AGSI is still in a talks process, and is considering draft documents.

Teachers belonging to the Association of Secondary Teachers in Ireland are facing similar penalties from July as they have voted to cease doing their 33 additional "Croke Park" hours.

The ASTI Standing Committee is meeting today and tomorrow to discuss the outcome of that ballot and to decide whether to issue a formal directive to secondary teachers to stop working the hours. 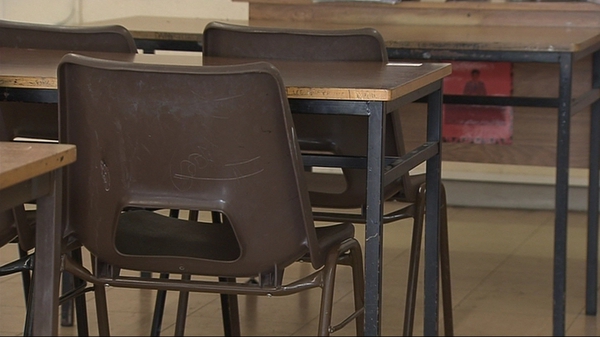