The Taoiseach has outlined Ireland's role in the process of Britain leaving the European Union, noting that the stakes have always been higher for Ireland.

Speaking during a debate in the Dáil on the matter, Enda Kenny said there would be early bilateral discussions and a Government framework will centre on Northern Ireland, the border and the Common Travel Area.

The negotiations on withdrawal of Britain from the EU are unlikely to commence yet and will take time to complete, he added.

Mr Kenny also pointed out there is a two-year timeframe and he assured the Dáil that there will be no early change to the free flow of people, goods and services between the islands.

The Taoiseach said the Government will ensure the EU approach to negotiations will take account of Ireland's concerns and interests in relation to Northern Ireland.

He said the Government has already been engaging with its EU counterparts to make this clear and the impact on enterprise and trade in border counties will be monitored closely, he said.

Taoiseach Enda Kenny's statement to the Dáil on Brexit

Read the Taoiseach's statement in the Dáil

Fianna Fáil leader Micheál Martin said the referendum outcome was the result of a relentless campaign of attacks on Europe and the promotion of an anti-foreigner agenda.

Mr Martin said there had to be formal structures to assess the cross-border impact of Brexit and he denounced as cynical Sinn Féin's renewed call for a border poll in the wake of the vote.

Sinn Féin leader Gerry Adams said an island-wide vision of the future is needed and there was a huge responsibility now on the Government to think nationally.

Labour leader Brendan Howlin urged the Government not to amend its spending plans as a result of Brexit, saying that an expansionary budget was needed.

He also told the Dáil that he did not think the time was right for a border poll and described the result of last week's referendum as "a tragedy." 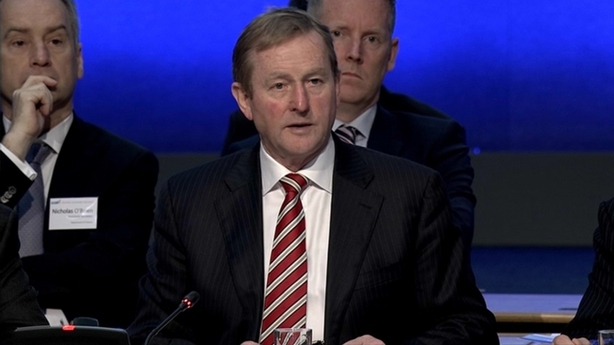 Earlier, the Taoiseach said that Britain's decision to leave the EU should not have any impact on Budget 2017.

Speaking at the National Economic Dialogue in Dublin Castle, Mr Kenny said the objective now is "to protect and advance this country's interests."

Minister for Finance Michael Noonan, meanwhile, has said he does not see any threat to Ireland's low 12.5% corporate tax rate due to the UK leaving the European Union.

He said there is "no pressure" on Ireland to change its rate.

Also speaking at the National Economic Dialogue, Mr Noonan said the initial shock of Brexit for Ireland has been contained and the National Treasury Management Agency is happy it can fully fund the country.

He said "the stock market took a bit of a hit but in the normal rise and fall of stock markets." Irish exports continue to be strong and "people are going about their business," he said.

He continued: "it's very hard to say at this point what the ultimate effect of Brexit will be because it depends on what alternative arrangement is put in place."

In terms of foreign direct investment, Mr Noonan acknowledged that the UK is Ireland's "biggest rival" and "direct competitor."

Meanwhile, IDA Chief Executive Martin Shanahan has said Brexit is not something that the IDA felt would be good for the Irish economy.

Mr Shanahan said he believes there is some upside potential for Ireland but it is too early to size it up.

In the long term, he said, it would depend on Britain's future access to single European market. 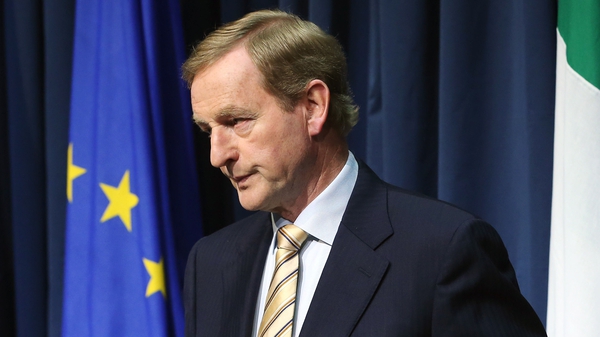