The bodies of 34 people, including 20 children, who were abandoned by people smugglers while trying to reach neighbouring Algeria were found in the Niger desert last week.

"They probably died of thirst, as is often the case, and they were found near Assamaka," a security source told AFP, referring to a border post between Niger and Algeria.

"[They] were abandoned by people smugglers," the statement added.

Only two of the bodies have so far been identified - a man and a 26-year-old woman both from Niger.

Temperatures in the region can reach 42C, with blinding sandstorms tearing across the desert.

The hostile conditions mean that only a fraction of those who die trying to cross the area are ever found.

Thousands of illegal migrants have arrived in Algeria in recent years, mostly from neighbouring Mali and Niger.

Libya used to play host to the majority of migrants in sub-Saharan Africa, but since it descended into chaos following the ousting of Muammar Gaddafi, Algeria has become the main destination for the region's migrants.

Many transit through Algeria headed for Europe, but more than 7,000 migrants from Niger, mostly women and children, were returned to their home country in 2015 as part of an agreement between the two countries' governments.

Europe has recently turned its attention to trying to curb the number of illegal arrivals from Africa, after a deal with the Turkish government in March cut the number of people trying to cross from Turkey.

More than 2,814 people have drowned trying to reach Europe since January, according to the UN refugee agency, prompting urgent efforts to tackle the problem.

A new proposal mooted last week involves using EU funds to promote private investment of up to €60bn in countries where many migrants come from - Ethiopia, Niger, Nigeria, Mali and Senegal, as well as Jordan and Lebanon.

The European Commission also wants to speed up readmission deals with African countries, and with Pakistan and Afghanistan, to make it easier to send back people who do not win refugee status.

The commission is also set to unveil a plan for a "blue card" system for skilled migrants to come to Europe legally.

The aim is to reduce the incentive for people to try to smuggle themselves into the continent on flimsy boats and put their lives at risk. 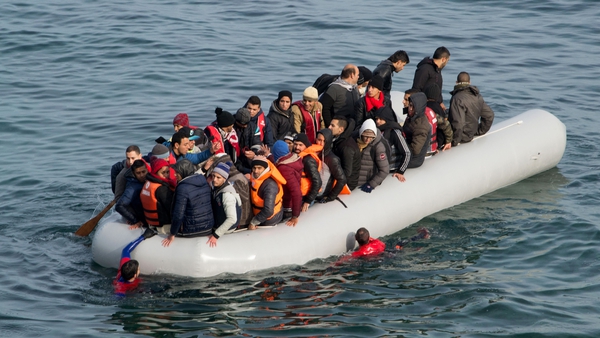