The UN refugee agency last night said it expects 248,000 refugees and migrants to arrive in Europe via the Eastern Mediterranean this year, far lower than the "up to one million" it foresaw at the start of the year.

The figure is made up of the 156,000 who have already arrived and another 92,000 who may arrive on the Turkey to Greece route by the end of the year, the UNHCR said.

The figure came in an update of a regional refugee plan first issued in January.

The flow of migrants via Greece effectively dried up after a string of border closures in the Balkans in February and then a deal in March between the European Union and Turkey to halt migration to Greece.

"From a response solely targeting people on the move, the overall strategy is now focusing on a largely static population, with the majority residing in urban areas," said the plan, which set out UNHCR's strategy and a $670 million budget.

"The response strategy ... recognises that while legal and physical restrictions have been put in place at borders along the former route, the motivation of refugees and migrants to reach further into Europe will not abate," it said.

"There are therefore considerable risks that people remaining in countries along the previous route may approach smuggling networks to facilitate their onward travel, further exposing them to human rights violations and exploitation." 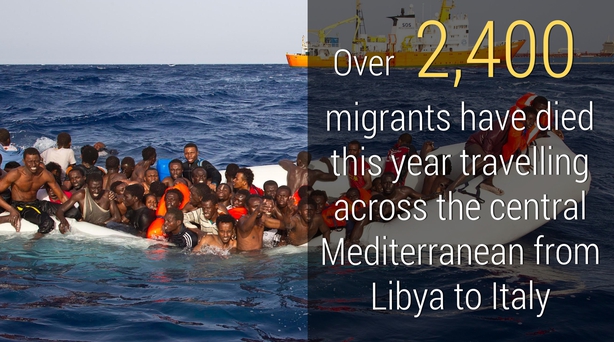 The document did not give any full-year estimate for the other major migration route into Europe, from Libya to Italy through the central Mediterranean, which has seen almost 50,000 arrivals this year, and over 2,400 deaths.

The International Organization for Migration has said there has been no evidence of migrants switching from one route to the other, with the Libyan route mainly attracting African migrants and the Greek route mainly Syrians, Afghans and Iraqis.

The UNHCR report said its strategy would be revised as necessary, especially if there were large migrant movements from Libya or in other parts of Europe.

It added that it was possible that some migrants would try to sail from Greece and Turkey to Italy, because smuggling and trafficking networks were highly adaptable.

New restrictions were likely to prompt refugees and migrants to try dangerous smuggling and trafficking networks, exposing them to serious risks and preventing humanitarian workers from coming to their aid, it said. 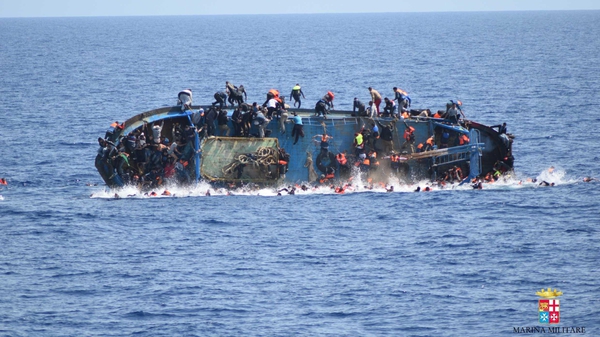