An information technology worker at the Geneva office of Mossack Fonseca, the law firm at the centre of the Panama Papers scandal, has been arrested according to Swiss media.

Switzerland's Le Temps newspaper, citing a source close to the case, reported the IT employee had been placed in provisional detention on suspicion of stealing a large haul of confidential documents.

The spokesman for the Geneva's prosecutor's office, Henri Della Casa, told AFP that "a criminal case has been opened... following a complaint by Mossack Fonseca".

He declined to comment on whether an arrest had been made.

According to the paper, the unnamed employee is suspected of inappropriately accessing a database, stealing assets and abusing his position.

Le Temps said it had no information on whether the arrested individual was the so-called "John Doe" who has claimed credit for the unprecedented leak in April of 11.5 million Mossack Fonseca documents.

The documents revealed the names of leaders, politicians, celebrities and wealthy individuals from around the world who used the Panama-based firm to create offshore entities to hide their assets.

The explosive dossier linked some of the world's most powerful leaders, including Russian President Vladimir Putin, British Prime Minister David Cameron and others to unreported offshore companies.

Offshore companies are not in themselves illegal, but the sudden publication of troves of data drew attention to rampant tax avoidance and even money laundering crimes.

Consequences from the leak continue to reverberate worldwide, with investigations under way in several countries.

The European parliament last week launched a far-reaching probe into potential tax fraud in Europe that was sparked by the Panama Papers scandal.

Last month, Mossack Fonseca said it was filing a lawsuit against the International Consortium of Investigative Journalists (ICIJ) which coordinated a global probe by multiple media outlets into the information contained in the Panama Papers. 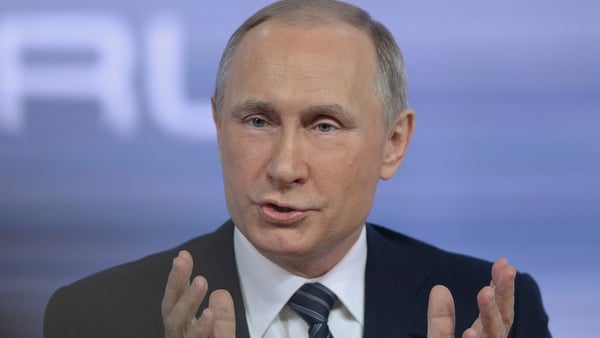