The Cabinet has approved the text of the Water Services Bill to suspend water charges for nine months.

The legislation will be introduced by 17 June as agreed as part of the Fine Gael-Fianna Fáil facilitation deal.

The deal agreed by both parties in May recommended that Irish Water be retained and an external advisory board will be set up on a statutory basis to look at its operations.

It proposed suspending the water conservation grant and restoring funding to group water schemes based on pre-2015 levels.

It said that within six weeks the Government would bring in legislation to suspend water charges for nine months and possibly longer if required.

It also stated that within eight weeks it would appoint an expert commission to look at the funding model for Irish Water, which will report within five months to a Dáil committee.

The committee will then report back within three months and its recommendation will be considered and voted on within a month by the Dáil.

Meanwhile, the membership of the independent commission to look at the funding model for water services, is expected to be announced next week. 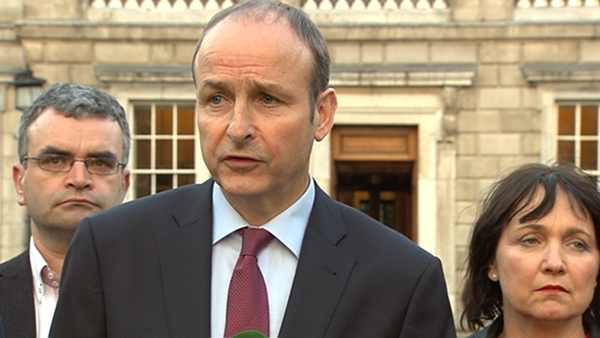