At the end of September 2008, Anglo Irish Bank was due to finalise its end of year figures.

The financial crisis had affected banks' ability to get funding. Corporate deposits were seen as a mark of confidence in the health of an institution.

Anglo had spent the summer trying to come up with a list of "funding initiatives" to boost its corporate deposits as the economic climate worsened.

By the end of September, most of these had fallen away and eventually a deal with Irish Life and Permanent  became the only viable option.

The court heard of previous arrangements between the two institutions. In March 2008, Anglo and Irish Life and Permanent carried out a transaction where Anglo placed €750m with IL&P and IL&P gave Anglo a corporate deposit from its life insurance business, Irish Life Assurance.

In June of that year there was a transaction designed to help Irish Life and Permanent where €3bn was transferred to IL&P and IL&P transferred a portfolio of mortgages to Anglo.

This was designed to help IL&P's half year figures after the Financial Regulator and Central Bank had expressed concern about IL&P's dependence on funding from the European Central Bank.

The September deal was described by the prosecution, as "circular", a "game of ping pong" and "one large candy floss".

Billions of euro were transferred from Anglo Irish Bank to IL&P in a series of transactions and then transferred back to Anglo from Irish Life Assurance - so they would be "dressed up" as €7.2bn in corporate deposits and not interbank transfers.

The prosecution case was that this was a dishonest scheme whose only purpose was for the "optics" -  to mislead people looking at Anglo's end of year figures that the corporate deposits were €7.2bn bigger than they were.

There was prosecution evidence that the €7.2bn should not have been included in Anglo's corporate deposits, published on 3 December 2008, as part of Anglo's preliminary results, or there should have been a note explaining where it had come from.

The core issue for the jury to decide was the intent behind the transactions. The prosecution case was that the intent was to deceive anyone looking at Anglo's figures about the true health of the bank. 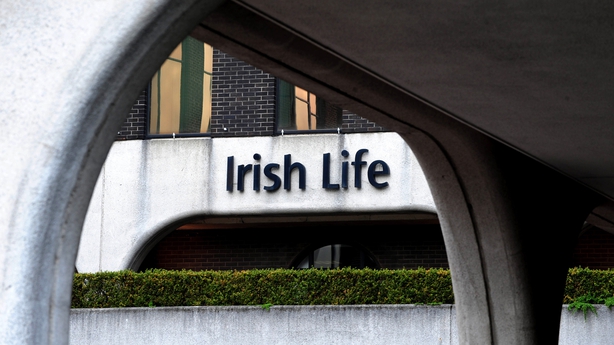 The Irish Life & Permanent defendants, Denis Casey and Peter Fitzpatrick claimed they had no intention of misleading anyone and that they had no idea how Anglo was going to treat the transactions in its figures.

The court heard about the "green jersey agenda" where Irish banks were encouraged by the authorities to help each other.

In a ruling in the absence of the jury, early in the trial, Judge Martin Nolan said he accepted that the authorities were "hands on" in relation to the arrangements between the two institutions.

But he found that the attitude of the financial regulator and the Central Bank could provide mitigation but could not provide the accused with a defence.

The court was told there was no direct evidence to show Mr Casey and Mr Fitzpatrick were aware of how the transactions would be treated.

Lawyers for John Bowe claimed he was not the most senior person in Anglo dealing with the matter and that he had not signed off on or directed the transactions in any way.

Lawyers for Willie McAteer claimed the transactions were not dishonest and that he was more a knowledgeable bystander rather than an active participant.

The court was told Anglo's former Chief Executive Officer, David Drumm was the driver of the transactions.

But the prosecution claimed McAteer authorised the scheme, Bowe was involved in executing it.

The prosecution also claimed that the two former IL&P executives must have known how the transactions would be treated in Anglo's figures.

The prosecution argued that if the transactions had to be accounted for properly, there would have been no point in carrying them out, from Anglo's point of view.

The prosecution said it was no defence for any of the bankers to say they were told what to do by more senior people.

And it was not credible for the two former IL&P bankers to say they did not know what Anglo's intention was.