The Louvre and Orsay museums in Paris moved scores of artworks and precious artefacts to safety and soldiers evacuated residents trapped in some of the capital's outlying suburbs as the rain-swollen river Seine hit its highest level in 30 years.

The worst affected areas lay just to the south of the capital.

In nearby Corbeil-Essonnes, locals kayaked along streets littered with abandoned cars.

The heavy flooding of the past week could cost French insurance companies around €600 million or more, industry association AFA said. Both the Louvre and Orsay museums overlooking the Seine were closed to the public today.

In the Louvre, workers stacked dozens of boxes marked fragile and containing valuable statues, vases and artworks. Crates could be seen stacked in corridors, overlooked by classical marble statues. 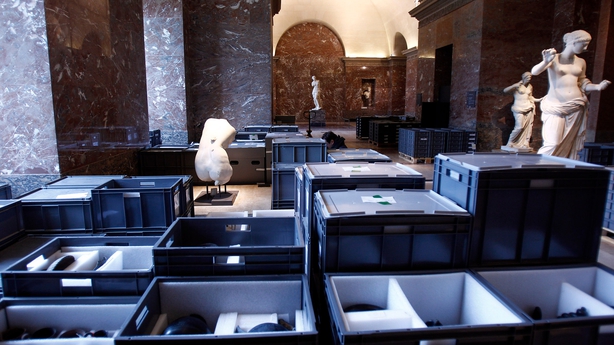 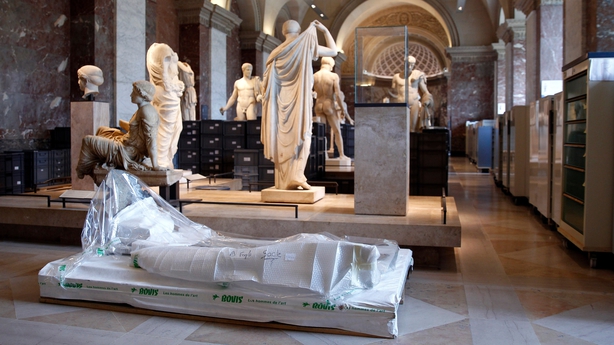 Deputy mayor of Paris Bruno Julliard told one French radio station: "For the museums, even if fortunately there isn't any flooding of storerooms as of today, there is an automatic process above 5.50 metres to move works in the deepest storerooms higher."

The Louvre and the Musee d'Orsay are both home to world-renowned art collections, the former including the Mona Lisa and the Venus de Milo.

Even as the Seine crested higher, it remained well below the record high of 8.6 metres reached in 1910, when thousands of Parisians had to flee inundated low-lying areas of the city.

Officials said the river could peak at 6.50 metres later this evening, and warned flood waters could take several weeks to recede after the wettest May in France for 100 years. 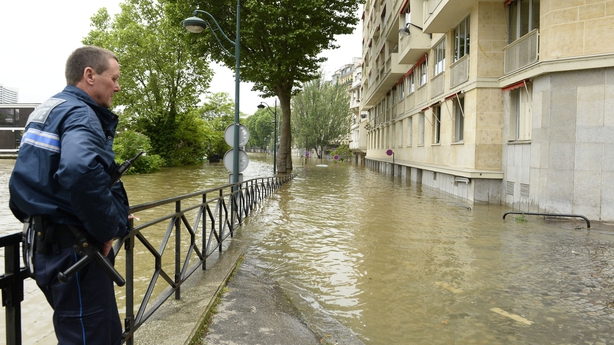 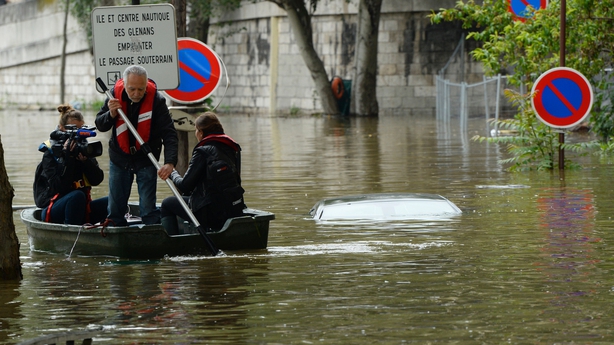 "What's going to be even more painful for the families who have lost their homes, the heads of companies who have lost their businesses, employees who will be unable to go to work, is that the drop in the water level will be very slow," Ms Royal said. The retreating waters could reveal further victims, she added.

In Evry-Gregy-sur-Yerre, a man on horseback drowned yesterday, becoming the second fatality from the flooding caused by days of unusually torrential rain. 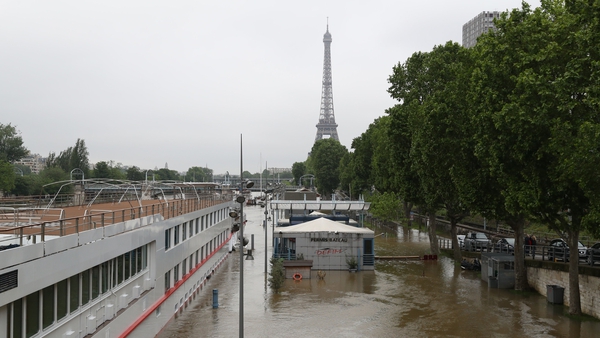