The court ruled there were "very grave" failures by Mr McFeely to co-operate with the bankruptcy trustee, including failures to disclose his interest in 12 apartments in Dublin.

A bankruptcy can be extended by a maximum period of five years.

Ms Justice Caroline Costello said Mr McFeely's conduct warranted an extension of that period. But she reduced it by two months to take into account the fact that Mr McFeely is 67 years old.

Mr McFeely was due to exit bankruptcy in July last year. His bankruptcy will now expire in May 2020.

He was adjudicated a bankrupt in July 2012. He owed substantial debts, including a sum of €200 million to the National Asset Management Agency.

He had been adjudicated a bankrupt in England and Wales but that was overturned after a woman who was owed €100,000 by companies run by Mr McFeely took High Court proceedings.

Mr McFeely had argued that the extension being sought by the official administering the bankruptcy was disproportionate and oppressive.

He was not in court.

But Ms Justice Costello ruled the non co-operation and failure to disclose assets was on the very grave and extreme end of the spectrum and she said the extension to Mr McFeely's bankruptcy should reflect that fact.

The reality was that Mr McFeely had refused to cooperate with his bankruptcy in any meaningful way, she added.

He gave his late parents' home in Derry as his address when he knew he never lived there and did not intend to.

He failed to disclose his interest in 12 properties. He also presented a statement of affairs to Mr Lehane which he had used for his English bankruptcy when he knew that was incomplete.

He also sought to "dictate" to Mr Lehane where he would be interviewed, the judge found, insisting that Mr Lehane travel to Derry or pay him to travel to Dublin.

She said Mr McFeely had unilaterally decided that claims by third parties concerning his estate were valid, claiming his estate had no claim to certain properties.

He had also decided his 20% interest in some properties, which she found was possibly a 100% interest, was of no commercial value even though there was no charge on the relevant properties.

The judge found that Mr McFeely's creditors would be at a loss were it not for the investigations of Mr Lehane. 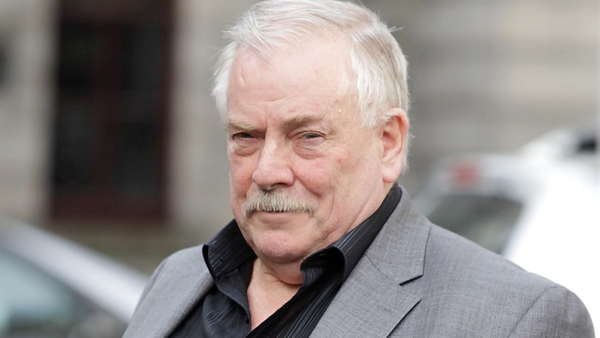