Mr Assange, 44, is wanted by Swedish authorities for questioning over allegations, which he denies, that he committed rape in 2010.

A computer hacker who enraged US authorities by publishing hundreds of thousands of secret US diplomatic cables, he has been holed up in the embassy since June 2012 to avoid the rape investigation in Sweden.

He says he fears further extradition to the United States, where there has been a criminal investigation into the activities of Wikileaks.

"The district court finds that there is still probable cause for the suspicion against JA [Julian Assange] for rape, less serious incident, and that there is still a risk that he will depart or in some other way evade prosecution or penalty," the court said in a statement.

Following a statement by a UN panel that his stay in the embassy amounts to arbitrary detention, in February Mr Assange's lawyers again asked the Stockholm District Court to overturn the warrant for his arrest.

"Unlike the UN Working Group on Arbitrary Detention the district court does not consider JA's stay at the Embassy of Ecuador in London a form of detention," the court said.

One of Mr Assange's Swedish lawyers, Thomas Olsson, said the decision will in all likelihood be appealed.

"As far as I understand it, the court has not addressed the main issue in the case, whether the delay in the investigation is due to the inaction of the prosecutor, which we mean is a reason to overturn this [the arrest warrant]," Mr Olsson said.

In 2010, Wikileaks released more than 90,000 secret documents on the US-led military campaign in Afghanistan, followed by almost 400,000 US military reports detailing operations in Iraq.

Those disclosures were followed by release of millions of diplomatic cables dating back to 1973. 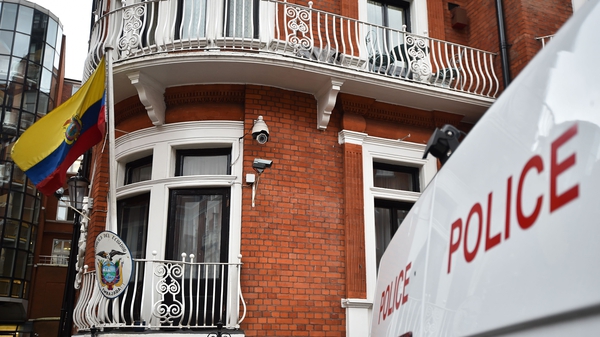