A man has been arrested in connection with the murder Gareth Hutch, who was shot dead in Dublin’s north inner city this morning.

Gareth Hutch, a nephew of Gerard 'The Monk' Hutch, was taken to the Mater Hospital after the shooting at around 10am but was pronounced dead a short time later.

Gareth Hutch was shot a number of times in the neck and head in the Avondale House flats complex on North Cumberland Street where he lived.

This evening, a 29-year-old man was arrested after he handed himself into gardaí. He is being held at Mountjoy Garda Station.

He can be detained for up to seven days under anti-gang legislation.

Earlier, local councillor Nial Ring said Gareth Hutch had told him he was afraid for his own safety and that of his son. 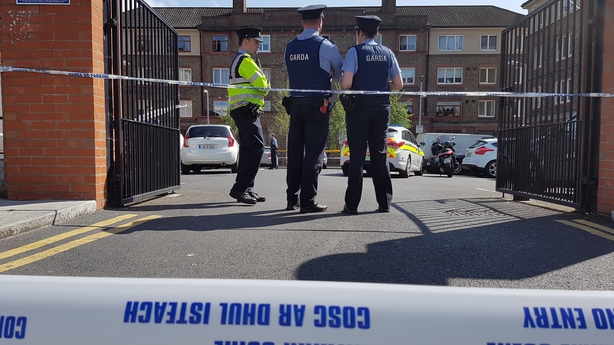 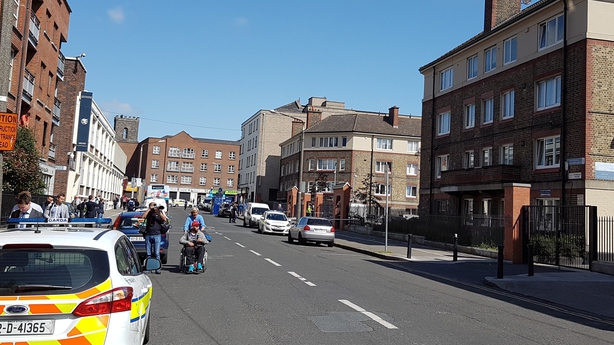 The victim was known to gardaí for his involvement in serious crime and was charged a number of years ago in connection with an armed robbery during which another man was shot dead.

He is also related to Gary Hutch, the first victim of the feud with the Kinahan drugs cartel, who was killed in Spain in September 2015.

Seven men have been shot dead as part of the feud; six in the last four months in Dublin and Meath.

The area at the Avondale flats has been sealed off for a forensic examination.

Mr Hutch was approached by two men and was shot as he was about to get into his car.

The two men left the scene on foot towards Upper Sean McDermott St.

A black 5 series BMW registration 02 D 39051 was recovered by gardaí, who have appealed for information on its movements in the days leading up to this morning's shooting.

One of the men involved was wearing what is believed to have been a red jacket or top and the other was wearing a grey top with the hood pulled over his head.

Gardaí believe the men left the area in a car and have appealed to witnesses who may have seen them in the area of North Cumberland Street/Sean McDermott Street to contact Store St Garda station on 01-6668000, the Garda Confidential Line on 1800 666111 or any garda station.